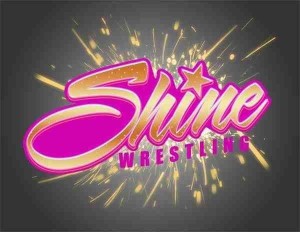 SHINE Wrestling received rave reviews for it’s first show just one month ago. SHINE presents it’s second event TONIGHT in Ybor City, FL. Watch it on live iPPV at WWNLive.com at 8pm EST. with three pricing options starting at just $9.99. There will be tickets available at the door tonight. Go to www.SHINEwrestling.com for more info.

The main event will be an epic match between two of the most badass women on the  planet as Jazz takes on Mercedes Martinez. The undercard is loaded with several hot matches and new debuts. Here’s a quickie look at the lineup:

Tickets will be available at the door starting at just $15!!!

Made In Sin (Taylor Made & Allysin Kay) vs.

Sojo Bolt vs. Taeler Hendrix vs. Heidi Lovelace Kimberly vs. Su Yung Serious, athletic women’s wrestling now has a home at SHINE. Support women’s wrestling by being there in person tonight or watching on live iPPV. These athletes are ready to put it all on the line!