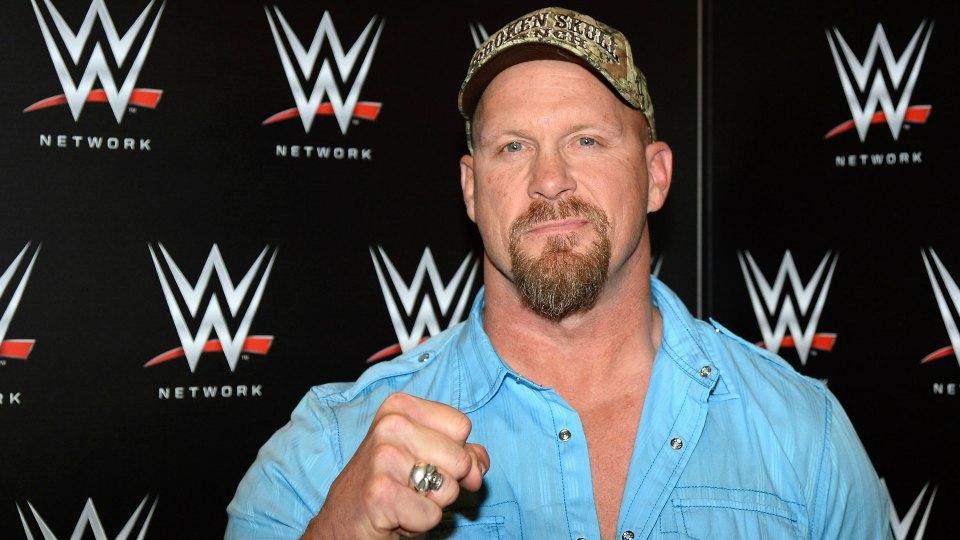 But a day before the event, Austin heard a different story.

“The Rock and I were in the building the day before in the green room,” recalled Austin. “Dwayne and I were laughing and shaking hands and hugging, just shooting the breeze. I said to him, ‘What are we doing tomorrow?’ All The Rock knew, he told me, was that he was the last one out to the ring. I said, ‘They told you that you were going to be the last out? That’s real interesting, ‘cause they told me the same damn thing.’

Austin looked at the creative sheet as soon as he arrived at the Superdome on WrestleMania Sunday. It only confirmed that the lineup was Hogan, Austin, and then The Rock.

Hogan put wrestling on the map nationally in the 1980’s, and The Rock’s popularity places him in an elite group, but Austin is the lone man to lead the WWE back into prominence when McMahon’s product was clearly the no. 2 wrestling company in the world.

“But I said, ‘I’m just going to let this thing slide. We’re here and there is no use in making a stink about it.’ The Rock is one of the biggest movie stars in the world. So give the guy his due. Nobody talked to me about it, but that’s how that went down.”

The 50-year-old Austin is on the cusp of a major announcement, though he refused to reveal whether it pertains to wrestling or entertainment.

“I have a couple of things that will be announced within the next two-to-four weeks,” said Austin. “When you hear those, you’ll say, ‘That’s why he couldn’t talk about those, I get it.’ But they’re really good. It will be a major press announcement.”

“There was no creative for me at WrestleMania XXXI,” said Austin. “Now with WrestleMania XXXII coming up in Texas, I would be pretty damn sure I’m going to be there. It’s my home state and it just makes more sense.

“As much as I love the business and I love my fans, I don’t want to be at every WrestleMania. I was really happy to watch it in my house. I wanted to see Sting and Triple H wrestle, and I was excited for all my buddies in DX and the NWO, but I want the younger generation of wrestlers to experience it and have all the time dedicated to them. That’s the future. Some of the segments that weren’t wrestling went on too long. I love The Rock, but his segment was too long. That was time that could have been given to a talent to make or not make an impact. That’s their proving ground.”

Austin rose to fame when he played his “Stone Cold” character, but there is far more depth to the man outside the ring. Born in Austin, Texas, he was the middle of three children with his biological parents.

His parents soon divorced and his mother, Beverly, moved the family to Victoria. She was working as a telephone operator – back in the day when operators were still plugging wires into the wall – and left a lasting impression on her middle child.

“I love my mother to death,” he said. “I’m pretty much a reflection of her. If you piss her off, it’s all over. I am just like my mom. I’m very lucky to have her, and we still talk every week.”

Beverly then met Ken Williams, an insurance salesman who played in a country western band on the weekends. The two married, Williams adopted the children, and the family moved to Edna.

“I consider Ken Williams my father,” said Austin. “Now there is a guy who is better man than me. I don’t think I would have married a woman with three hell-raising kids. That might have been too much for me, but my dad did. And he did a great job of raising us, giving us morals, ethics, and teaching us about life.”

Austin only has one memory of his biological father.

Instead of opening a can of whoop-ass on the man who mistreated his mother, Austin simply shook his hand.

“That was about it,” he said. “I’d heard my mom’s side of the story. He was doing some things on the side and he got busted. But I lived with my mom, she raised me, so I’ve got her back.”

Vince McMahon also acted as a second father to Austin, but their relationship runs much deeper and remains far more complex.

“At times he’s been like a father figure, a brother, a mentor, a best friend, and an enemy,” explained Austin. “That was a short window of time when I say enemy, but we were at odds every now and again. This is a high-stakes business that is extremely personal.”