Steve Austin questions why this superstar isn’t in WWE

By OWW Contributor on September 8, 2015@owwcom 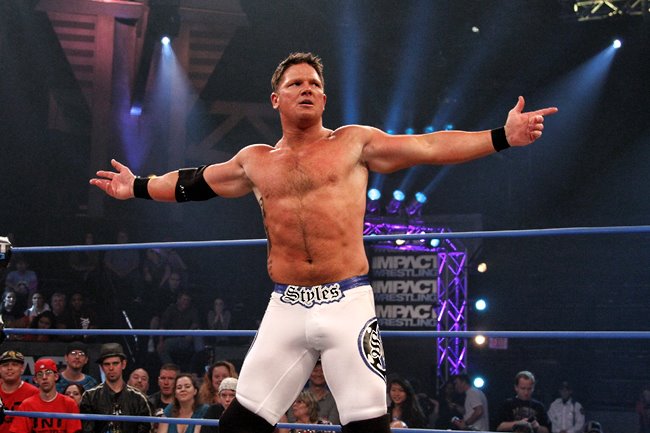 Before Sting appeared at last year’s Survivor Series, he was the answer to the trivia question, who is the most popular United States-based wrestler to never appear for WWE? But now that Sting is a part of World Wrestling Entertainment, the answer to that question now could be AJ Styles.

For several years, AJ Styles was the face of the number two wrestling organization in the United States, TNA, and now, he’s arguably doing the best work of his career over in Japan for New Japan Pro Wrestling. Most fans are confused as to why WWE has never attempted to sign Styles over the years. But the fans aren’t the only ones who are confused, as “Stone Cold” Steve Austin doesn’t understand why WWE hasn’t signed, or, at least attempted to sign the former TNA Champion.

“Stone Cold” appeared on two-time WWE Hall of Famer Ric Flair’s podcast [WOOOOO! Nation] and the two of them talked about how WWE needs more veterans in the locker room, and Austin added that he doesn’t know why WWE hasn’t signed AJ Styles yet.

“I don’t know why WWE doesn’t hire AJ Styles right now. I wouldn’t put him on the Shawn Michaels level, but the stuff that he can do in the ring, and as talented as he is, I believe the kid deserves a run in WWE. I’ve never even met him, but I think he’s bad-a**.”

Austin was then asked if WWE hasn’t hired Styles because of the “TNA stain,” and Austin believes that Styles being a former TNA star is hurting his chances of getting a job in WWE, but he also added that it shouldn’t, and he doesn’t know why WWE doesn’t sign more TNA talent when they become available because the WWE locker room is in need of more veterans.