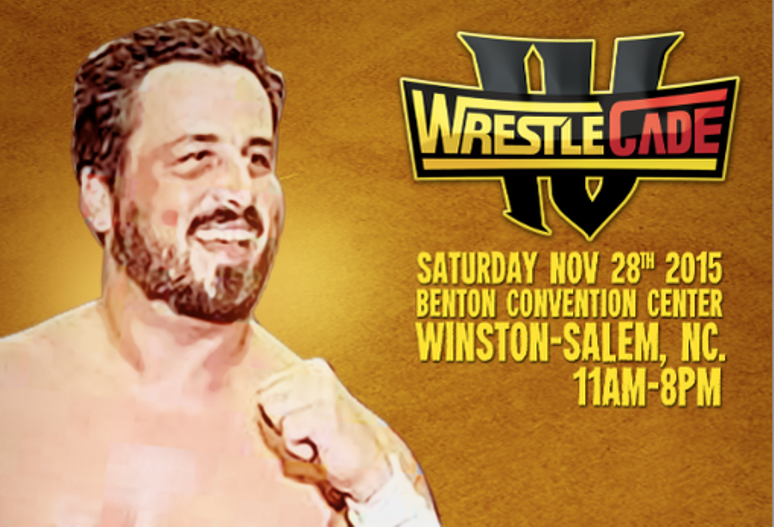 Steve Corino recently took some time to participate in an exclusive interview with PWMania.com. Corino talks about his relationship with Paul Heyman, his time with ECW, TNA and what the future may have in store for Ring of Honor.

His time in TNA: Now when I was in TNA it was still in Nashville and very unorganized so you can’t compare the TNA of 2003-2004 to what’s now. No, I wouldn’t have foreseen it. With wrestling like with life there is always the next big thing and you hear it and if it happens cool but if it doesn’t then it’s not. Ring of Honor could sit there and tell me that we’re replacing Raw on Monday and everything like that and I’m like until I see it. I guess wrestling teaches you that but I guess life teaches you that. So I didn’t see it but I think the wrong people were always in charge of creative. I believe if you’re going to be an alternative to what the WWE is doing you have to be different.

The six sided ring was weird but it was different. Now how do we capitalize that. We should capitalize on it this way. Why are we having guys write the show that were writing for WWE and then got let go? I use baseball as a theory. Why are we going to grab the manager that was 60 and 102 with a great potential team and we hire him to manage our team when we could get somebody that was better? I believe that hurt them. Jim Cornette said you only get that shot to make that first impression and then you’re done. I believe it’s so true. I think that’s what’s hurt them. Coca Cola is always going to be the name brand but there is room for Pepsi and RC and any other soda. WWE is always going to be that name brand but there is room. You just gotta be different. We’re different. Ring of Honor is different. NXT is different from WWE. There has got to be alternatives because if you don’t and there is nothing different about the product why wouldn’t you just wait to watch the product that you know?

His transition in Ring of Honor: The transitions been great. I couldn’t have asked for a better mentor than Kevin Kelly. Just a quick story of how things go in circles 2002, the WWE called me to try out for the program that was filmed in the WWE New York location and then aired on the Sunday’s. That was the try out that I did and the guy that I did the tryout with at the WWE studios was with Kevin Kelly. I had known Kevin since my time jobbing in the WWE and now 13 years later he’s my broadcast partner every week. It’s so weird how the world goes. I always knew that I wanted to be a color commentator because my whole foretay in wrestling was talking and I was always known for promos. So I thought am I going to be the guy that’s going to be 60 years old and go out every week and bump and feel bad or can I talk until I’m 65 and I thought this was a better time than any.

Then there is always the urban legends because our booker is very tight and he tells you what you need to know. I was told by people inside that SCUM was originally supposed to be Adam Pearce being the leader and then something didn’t work out and it was like oh we can put Steve in that role and then I was going to get the colour commentating job before but then I had to do the SCUM stuff and parlay into it. I had asked right in the beginning from Sinclair, when Jim Cornette brought it up and I said I’d like to audition for colour commentator and they said ah, I don’t see it. Maybe a backstage interview but I never see you being a colour commentator. I thought alright I’m going to get that one shot to be a colour commentator whether or not to audition for this and I have to hit it a homerun. That was Best in the World 12’, Kevin (Steen) was still champ. It was arguably the best. It made Sinclair think you know, that guy could be a good colour commentator. I love it. But people don’t understand that I am the ill prepared colour commentator of all time because they like the interaction between me and Kevin (Kelly). It comes across as genuine because he’s the one guy that gets my humour.

So he’s thinking of something and wants to throw it out there so Steve can hit it home. I don’t have a format and there are TV tapings going on and I’m watching baseball on my ipad. Gorilla Monsoon would always be prepared but Bobby Heenan wasn’t. He just went with whatever Gorilla said and they would interact. So they were going with that formula and it seemed to work. For me I’m thinking man I wish I was more prepared and then I told nope it’s okay just do your thing. It works and its fun. I also think because I don’t myself too seriously that I’m not afraid to make mistakes. I’m not afraid to mumble my words and then say man, I couldn’t get that one out. I believe were all human we all don’t have to be perfect all the time. Like last night (May 15th) if you rewatch the ippv I don’t know what made me say but Naito did something to Elgin but I say yeah, you don’t play in his sandbox and Kevin Kelly goes, really sandbox? He asked me where’d you get that I said I don’t know. And then 5 minutes later something happens again between Elgin and Naito and I said “I told you not to go in his sandbox”. So it makes people think okay he’s trying to come up with something new.

The motor-boating thing was all Kevin and I talked about last night. Jushin Thunder Liger has been in the wrestling business 31 years and now he will be forever known in my mind as the guy that motor-boated Maria. I think that’s the ridiculousness of it. If you were to draw it down as to how it was going to be then there would be no style. We have to think about this. He loves Adam Cole. He’s very homoerotic towards Adam Cole, he loves super kicks and then when it comes to BJ Whitmer he’s the toughest son of a bitch in the world or I’m an analyst for this guy. Me and ACH have our high five out of nowhere before each match and I’m all over the place. It’s what separate’s me from Lawler and Booker and JBL and Taz. It separates me. It makes people go oh he is different than the normal let’s plug something. If I plug something then I try to make a joke out of it. I just try to keep it light its pro wrestling, it should be fun.

His relationship with Paul Heyman: Paul was always great because he had such visions of everything but he also let everyone else talk to you or talk about their character and sit there and get your input and ask what do you think? Where do you see yourself? and I’ll never forget that because he wanted real emotion to come out he’d would give me an outline for a promo because he wanted me to like real emotion to come and that’s where I learned bad habits too because in ECW you weren’t given times you weren’t told hey you gotta get this match done in 15 minutes or 8 minutes or 6 minutes. It was go out there, kill yourselves, steal the show and we’ll clip it as far as we need it. I bring it back to Ring of Honor in 2009’ and were like hey we need a commercial break, we need this and I’m like whoa I need to learn how to work TV! It was always a positive experience.

Corino also reveals his past during his time with OMEGA, his future in professional wrestling and opens up about his son following in his footsteps. You can read the interview in its entirety at this link.