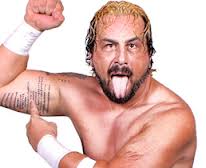 “It was an incredible night of action highlighted by a monumental victory for our new champion,” said PCW Chairman Andrew Shallcross. “PCW has been fortunate to have had an ongoing relationship with Steve (Corino) for several years now. And while some controversy over the way in which he won the title shall be reviewed going forward, calling this moment anything other than historic would be an understatement.”

The controversy mentioned came at the very end of the main event. Scorpio successfully defended the title against international sensation KENNY OMEGA in a thrilling encounter, leaving the champion spent. “OUTLAW” ADAM KNIGHT came to ringside with his tag partner Corino, intending to follow up on his announcement to cash in his “Golden Ticket Contract” and challenge Scorpio right then and there. Shockingly, Corino levelled The Outlaw with the Title Belt and proceeded to cash in the Ticket Himself!

PCW legal analyst “Filthy” Josh Hammerstein will be reviewing the legalities of this title change with Shallcross and the Athletic Commission in the coming days. A verdict will be announced at the upcoming PCW Event to the attendees.

Regardless, as it stands right now- Your NEW PCW Heavyweight Champion is “The King of Old School,” “Mr. Wrestling III” and current Ring of Honor (ROH) Star STEVE CORINO.

PREMIER CHAMPIONSHIP WRESTLING Stars can be seen in action weekly on SHAW TV.

Adam Knight
204-471-4259
[email protected]
www.amazon.com/dp/B00ET9V23M
www.smashwords.com/profile/view/OutlawAK
www.facebook.com/pages/Outlaw-Adam-Knight/9828497922
Related Itemspcwsteve corino
← Previous Story Year 18 of the ECWA Super 8 may be the best ever
Next Story → CZW announces the 1st round matches for ‘Best of the Best’ on April 12, 2014