The evolution of Rockstar Spud 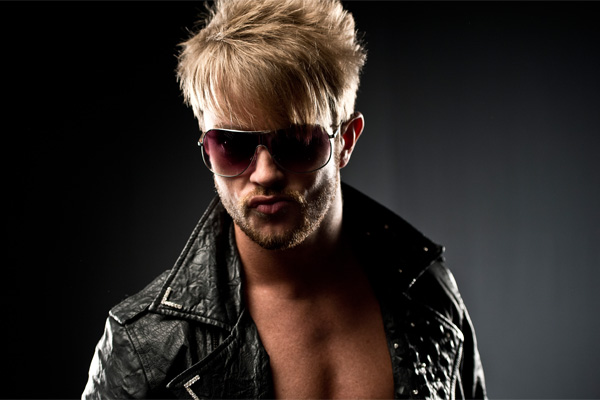 In the final part of a two part interview, former TNA X Division champion, Rockstar Spud took some time to participate in an exclusive interview with PWMania.com. Spud speaks out about his relationship with Dixie Carter, his time in OVW, his character evolving and more.

His time in OVW: My training was done extensively with Al Snow who is my mentor. I was trained in the United Kingdom before that. Al taught me so much and still continues to teach me so much and any time I need to go for advice he’s still there. I’m one of his kids and I’m very proud of that. Danny and Rip, if I did something wrong, I’d be going to Danny’s office and the only time I did something wrong the next day I had to choke down a lot of red wine. I got my punishment, I got my licks and off we go. Rip, was an interesting cat himself but was a pro wrestling genius an absolute genius and you can see it in his tweets he cares still to this day so much about pro wrestling.

Rockstar Spud evolving: When I was in OVW I didn’t have a place on the Impact Wrestling roster. Dixie Carter gave me a job she gave me the chief of staff role and I took pride in that. Absolute pride because I did anything for the Carter’s I did anything for her and anything for Ethan Carter. Now when she gets put through a table it all gets put on me and it wasn’t entirely my fault but Ethan Carter is so arrogant that he can’t see the wrongness that he does and they were partially his fault too. But it’s got to be someone else’s fault, he’s a Carter, what are the odds? Then he bullies his best friend that everyone saw on screen that he would do absolutely everything for him, absolutely everything. Worshiped the ground he walked on and everyone felt sympathy with that little guy and he finally fought back and everyone felt good about it. Then this guy (Ethan Carter III) tortured him for fighting back. It was pretty much just like Biff in Back to the Future. So what you see now in  Impact Wrestling is about the closest thing you’re going to see to me, James Michael Curtain that you’re ever going to see on television.

His relationship with Dixie Carter: I feel I have a great relationship with all my peers but after British Bootcamp I had a good relationship with Dixie. Every so often she’d say hello and stuff like that. She’s a really good woman. Every opportunity I had to save her life, I had to save her life if I didn’t I’m fired, you do realise that? There’s no room for error. She’d want it perfect like we all do. I wanted it more than perfect she wants it even more perfect. So we have to get it right the first time. Working with her was amazing because she was such a great antagonist to the audience that there’s this little man pointing at her and worshiping her like she’s the Queen when everyone knows she’s surrounded herself with yes men just to appease her own ego. Brilliant! People couldn’t wait to see someone put her through a table. Couldn’t wait to see her get her come upping’s. They didn’t think it would happen.

Spud also talks more on Dixie Carter, TNA’s future stars, his chemistry with Ethan Carter III, the TNA British Boot Camp challenge and more. You can read the second and final part of the interview in its entirety at this link.