Home / Miscellaneous / The Rock’s new reality show “The Hero” to debut on SpikeTV on June 6, 2013 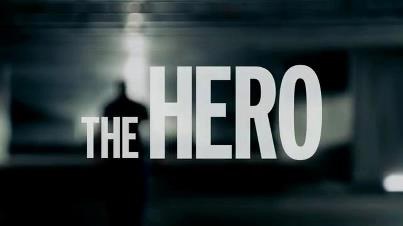 The Rock‘s new reality show, “The Hero”, is set to debut on SpikeTV on June 6th at 8PM ET.

The show sees the competitors tackling extraordinary feats in dramatic settings as they try to prove that they truly deserve the title of “The Hero” with up to a million dollars in prize money on the line.

* Athena, 25, – Worcester, Mass. – Some might wonder what could possibly make a former professional cheerleader a hero. But dig a little deeper. She’s been taking care of her brother ever since they were kids, and she’s not going to let anyone or anything stand in her way.

* Charles, 39 – Los Angeles, Calif. – A decorated cop and devoted husband and son. But he’s still plagued by self-doubt, and wants to use this experience to find out if he has what it takes when it matters most.

* Darnell, 32 – Vancouver, Wash. – A committed father and husband, he’s now going to be asked to exhibit raw strength and courage beyond anything he’s ever imagined.

* Dr. Dave, 50 – Beaumont, Texas – As a trauma surgeon, he saves lives every day. But it’s hard for him to trust anyone else, and that trait may make it hard for him on this show.

* Lydia, 31 – Los Angeles, Calif. – A tough young woman who almost literally raised herself under the most adverse circumstances you can imagine.

* Marty, 24 – Centereach, N.Y. – A young man who desperately wants to prove himself and do the right thing, but does he have the temperance and wisdom to be The Hero?

* Patty, 46 – Ashland, Mass. – A fiercely loyal mother and wife, she’s here to find the courage within.

* Rachel, 34 – Little River, S.C. – The single mom who works five jobs to get her hearing-impaired son the care he needs. She’s out to prove to him that nothing is impossible.

* Shaun, 30 – Hagerstown, Md. – A struggling pro wrestler who has all the makings of a hero… honesty, strength, charisma. But does he have the compassion?