The WWE ranks the Top 15 Families in wrestling history! 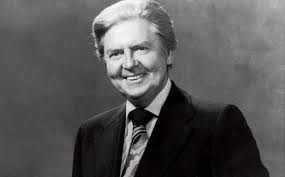 WWE.com has a new feature up that ranks the top 15 family in wrestling history. They are listed below, and the #1 spot shouldn’t be a big surprise:

“The McMahon name has long been synonymous with sports-entertainment, but few realize the family was involved in professional wrestling since before the first television was even invented. In the 1920s, Jess McMahon began promoting matches in the New York City area during the industry’s early boom. When he died in 1954, his son, Vincent, took over the business and became one of the most respected and admired promoters. For Jess and Vince, Madison Square Garden was their home, but that regional base was expanded in the 1980s when Mr. McMahon took what would become WWE from an eastern attraction to an international powerhouse. Not just sports-entertainment’s greatest promoter, but one of the genre’s biggest stars, the mastermind behind WrestleMania’s in-ring battles with “Stone Cold” Steve Austin brought his company record television ratings and box-office receipts. His kids pitched in too as both Shane and Stephanie McMahon as key players both in the squared circle and at the corporate offices. With Stephanie’s 2003 marriage to Triple H, the family lineage extended to include not only sports-entertainment’s greatest minds, but one of the ring’s biggest legends.”