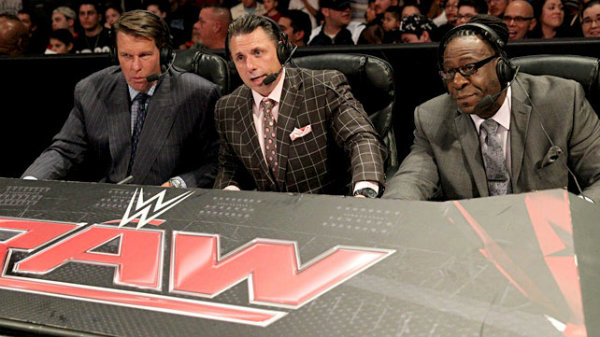 You might think that calling a WWE match is pretty simple. You watch two guys or two Divas go at it, you talk about what you see, you remind viewers what’s at stake, you see who wins, and then you yell about the outcome of the match. Boom. Done.

It’s worth noting that it seems as though many of the notes are really old. Some look like they are dated as far back as 2008 or so. But it’s still interesting to see them since we’re guessing they were never supposed to see the light of day. Scroll down to see how McMahon allegedly wants his WWE announcers to behave while they’re on the air… 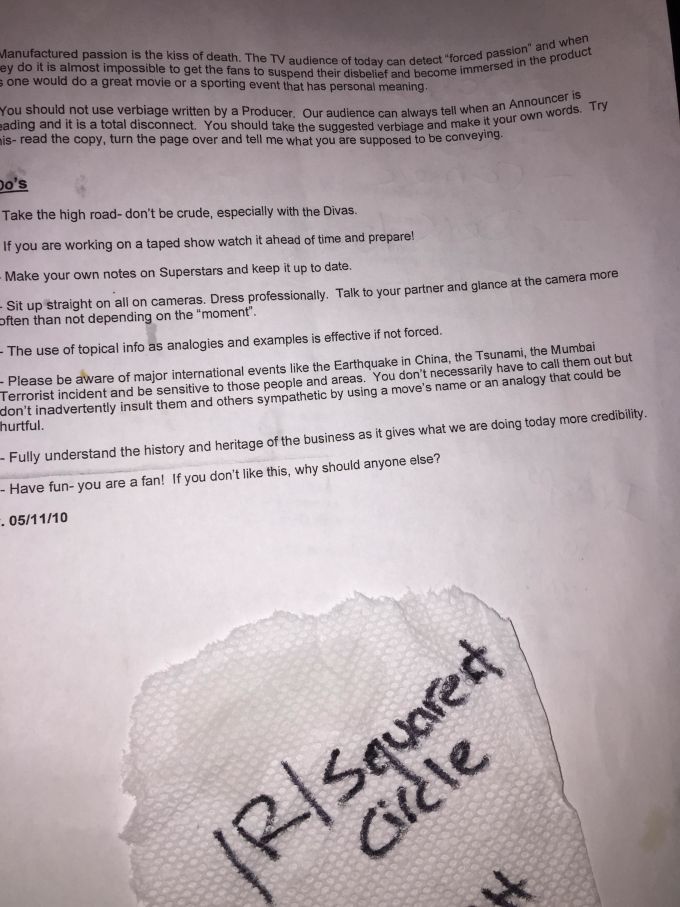 Check out more of these images here!