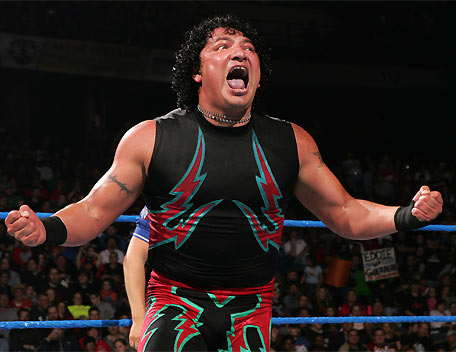 San Diego, CA – August 18, 2010 Viva La Lucha’s debut PPV, Revolution, brought viewers in the US and Canada a look at some of the best lucha libre action direct from Mexico City. Now, the revolution has caused a rebellion North of the border and Viva La Lucha returns to PPV with a PPV packed with great lucha matches from the United States.

Extreme Rebellion features a double main event from two nights of action in Pro Wrestling Revolution, the #1 lucha libre promotion in the country. In the first, Blue Demon Jr. seeks revenge against Vaquero Fantasma for his interference in Demon’s steel cage match with PWR champion Oliver John at Revolution. Will “La Leyenda Azul” move one step closer to finally getting John back in the ring, or will it be time for a new legend to rise?

In Main Event #2, it’s a steel cage match as Hijo De Rey Misterio teams with the extreme luchador, former WWE and ECW star Super Crazy, to battle The Border Patrol’s Derek Sanders and Zach Reeb. But there is more than just national pride on the line as the winners of this match will leave the cage the new Pro Wrestling Revolution Tag Team Champions.

The undercard is packed with action as well including the first minis match on a Viva La Lucha broadcast as the 4′ 3″ Mini Dragon battles the “massive” 5′ tall Pequeño Pierroth. Plus in a special challenge match TJ Perkins goes to war with Scorpio Sky. Viewers will also get a sneak preview of the upcoming television series NWA Championship Wrestling From Hollywood as The Young Bucks battle former NWA World Tag Team Champions Phoenix Star and Zokre. And, for the first time ever, a Viva L.A. Lucha match as six luchadors from the City of Angels attempt to earn a spot on a future lucha card in Mexico.

Viva La Lucha: Extreme Rebellion debuts on Friday, August 27, and will be available throughout the United States on cable via iN Demand and TVN and on satellite for Dish Network subscribers. Canadian fans can catch the action on Viewers Choice or Bell systems.

A ten minute video preview of the event is available now at http://www.VivaLaLucha.com and on various on-demand platforms.