What If? : Women’s Wrestling Edition #3 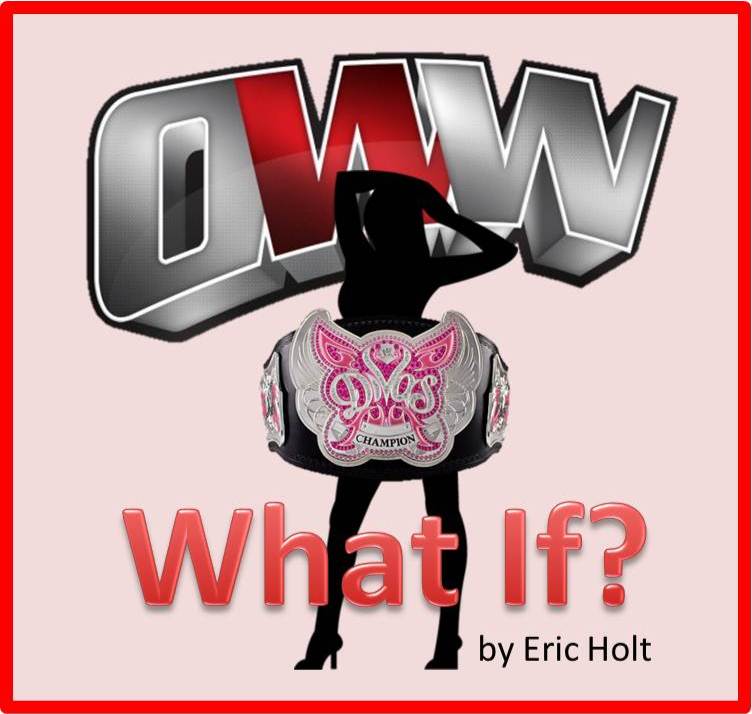 But what if Jillian Hall’s Divas Championship reign had lasted longer? Here’s what I think would have happened:

After Jillian Hall successfully defeats Mickie James for the Divas Championship, Nancy O’Dell would come out and announce that on next week’s RAW, a number one contender battle royal will take place. The winner of that match will get a shot at Jillian’s Divas Championship the same night. Nancy announces RAW’s newest diva Melina as one of the participants in next week’s battle royal. Melina makes her way to the ring and Jillian attacks her. Melina ultimately gets the best of Jillian and nails her with a split leg drop.

The next week, the number one contender battle royal takes place, and Melina wins the match and earns the right to face Jillian that same night. As Melina celebrates her victory, Jillian from behind attacks Melina. She calls a referee down to the ring for her title match against Melina to begin. Jillian takes advantage of a down-and-out Melina and pins her to retain the Divas Championship. Over the next few weeks, Jillian and Melina’s feud over the Divas Championship continues to heat up, with Jillian continuing to cheat Melina out of winning the Divas Championship from her and getting another shot. However, Jillian’s luck is about to run out.

On an edition of RAW, the guest host sets up a no count out, no disqualification, falls count anywhere match between Melina and Jillian Hall for next week’s edition of RAW for the Divas Championship.

If Jillian Hall’s Divas Championship reign had lasted longer, her and Melina could have had a great feud between each other that consisted of great matches, segments, and promo time for the two to build up their feud. Jillian Hall was such an underrated diva, and even though she had the singing gimmick, she still would have made a great Divas Champion if she had been given a longer reign. Plus, I feel that the fans would have taken her more seriously and gave her heat over something other than bad singing. Do you have any thoughts/comments/suggestions about what you think would’ve happened if Jillian Hall’s Divas Championship reign had lasted longer? Let me know in the comments section below or tweet me @_EricHolt_ .