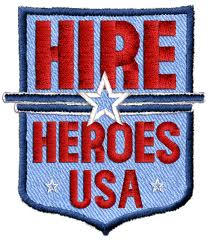 World Wrestling Entertainment recently announced a partnership with Hire Heroes USA, an organization committed to serving our nation’s veterans through personalized and customized job search training and assistance. To support Hire Heroes USA’s mission, WWE will make a donation and utilize all its assets, including TV broadcasts, live events, digital and social media to generate awareness and raise funds. In addition, Hire Heroes USA will partner with WWE to implement a veterans hiring initiative and enhance WWE’s military hiring practices.

The partnership, which will expand WWE’s commitment to the military through the support of programs that create job opportunities for U.S. military veterans and their spouses, will be featured during the 10th anniversary of WWE Tribute to the Troops. This annual holiday special airs on USA Network this Wednesday, December 19 at 9 p.m. and on NBC this Saturday, December 22 at 9 p.m.

With a narrowly tailored mission and a personal approach to each unemployed or transitioning veteran and spouse, Hire Heroes USA has helped more than 600 veterans find employment in the past two years. In 2012 almost 2,000 new veterans registered for Hire Heroes USA assistance and nearly 400 more were helped at two-day workshops focused on providing assistance to wounded, ill, or injured service members.

“WWE has a clear commitment to supporting the US military and the top organizations that help military veterans and their families,” said Brian Stann, President and CEO of Hire Heroes USA. “Like us, WWE follows verbal support with action, making a tangible difference in the lives of those who have sacrificed so much in defense of this nation. We are proud to partner with WWE so that together we can help reduce veteran unemployment.”

“WWE has a long history of supporting our armed forces because we are extremely grateful for the sacrifices of our nation’s heroes,” said Vince McMahon, Chairman and CEO, WWE. “It is an honor for us to partner with Hire Heroes USA and support programs that will help our veterans.”

WWE’s longstanding commitment to the military in the U.S. and abroad includes its annual Tribute to the Troops events, Tickets for the Troops program and regular visits to military bases, hospitals and fundraisers that support military personnel and their families.

The United States Department of Labor estimates that the militarydischarges160,000 active service members and 110,000 Reserve and National Guard members annually. Statistically, about 32,000 of those veterans will join the ranks of nearly 1 million veterans already unemployed.