Home / Miscellaneous / WWE.com looks back at the history of Starrcade!

WWE.com looks back at the history of Starrcade! 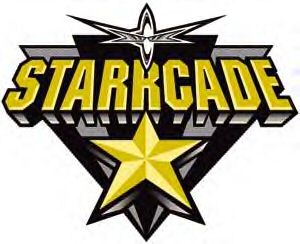 There is no event that matches the spectacle, the majesty and the wonder of WWE’s annual Show of Shows, WrestleMania. However, before WWE became what it is today, various wrestling organizations all across the country would hold their biggest matches of the year on Thanksgiving and Christmas night. In 1983, Jim Crockett Promotions and the National Wrestling Alliance decided to transform their Thanksgiving show into Starrcade, a night where the biggest rivalries in their respective territories would be settled once and for all.

Originally broadcast on closed-circuit television by Jim Crockett Promotions and NWA from 1983-1986, Starrcade became the first NWA event to be offered on pay-per-view in 1987. That year also marked the beginning of WWE’s annual Survivor Series, and perhaps in a prelude to The Monday Night Wars to come, Starrcade could not compete with the unique elimination style match-ups of WWE’s November event.  Thus, NWA moved Starrcade from November to December, where it would remain until 2000 as part of WCW.

As an NWA staple, Starrcade featured some of the most memorable contests in history. In the 1980s, the main event often featured WWE Hall of Famer Ric Flair, battling the likes of Dusty Rhodes and Harley Race. However, other epic confrontations included a brutal Dog Collar Match between “Rowdy” Roddy Piper and Greg Valentine in 1983, and Magnum T.A. and Tully Blanchard battling in one of the most grueling “I Quit” Matches ever witnessed.