Home / Columns / Did the WWE drop the ball at Battleground?

Did the WWE drop the ball at Battleground? 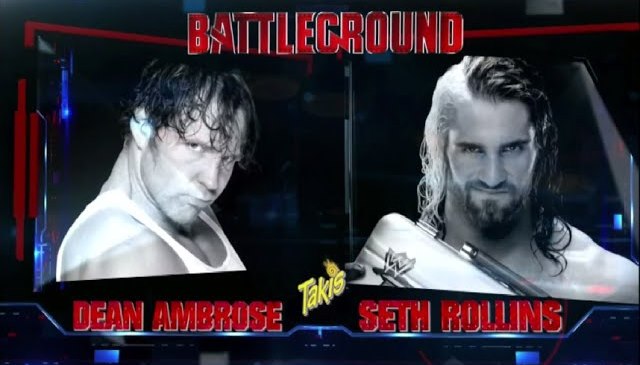 By GG, writer at http://fightgameblog.com:

Seth Rollins and Dean Ambrose were scheduled for a match at WWE’s Battleground PPV. That match didn’t happen and in today’s new game, WWE shouldn’t be breaking any promises.

After a hot opener between the Usos and the Wyatts at last night’s Battleground PPV, a great video package played previewing the Seth Rollins and Dean Ambrose match.

The match didn’t follow the hot opener. Instead, Dean Ambrose attacked Seth Rollins who was doing an interview and they had to be separated. Triple H kicked Dean out of the building.

Seth Rollins came out in the center of the ring to be announced the winner of the match. I think most people expected Stone Cold Dean Ambrose to heroically show up to start a match that people were dying to see. Well, he showed up, but only after Rollins was announced as the winner.

They had a helluva pull apart brawl. It started and stopped several times. Jamie Noble and Fit Finlay were involved. And both men couldn’t wait to get a piece of each other.

Related Itemsdean ambroseseth rollins
← Previous Story The Perfect Construction of a Long-term Feud
Next Story → Squandering A Mega Star: The WWE Blew It With Ryback