Home / Columns / The Pipe Bomb: WWE is on the right track

The Pipe Bomb: WWE is on the right track

For better or worse, people seem to have stronger feelings regarding WWE than they have in years. I get so tired of hearing the same lines about Cena being overrated. The man makes money for the company. That is NOT overrated. But now, people are caring about more than just one person on the roster. Angles are growing and people are starting to see that the entire company is changing. Athleticism has been taking a front seat, and storylines seem to actually make a little bit of sense. 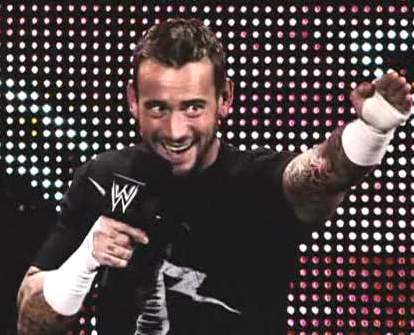 I for one am excited about the way things have been going. CM Punk and his growing feud with Nash and Triple H has been very entertaining and the unknown variable makes it all work. Punk is gold on the mic, and despite the hatred that so many have for Kevin Nash…ah screw it…time for a bit of a rant.

When Nash showed up at the rumble, people were excited to see him back. People kept discussing how awesome a final WWE run could be for the big man. Fast forward to Summerslam and people are upset that Nash is back in a WWE ring. Where is the logic in this? If you are one of the people I am referring to, figure out the hypocrisy and drop the complaints.

Now…where was I? Oh yes, Despite people’s hatred of Nash, he is a perfect candidate to feud with Punk. Casual fans can see him and know that with his size, he is no pushover, even if they do not remember him. The smarks can remember what all Nash has done and see that he is undeniably a legend. Add Triple H into this mix and you’ve got a goldmine, provided the storyline keeps progressing.

Randy Orton is facing off against Mark Henry, which actually intrigues me because Henry actually stands a decent chance of winning this time around. I cannot stand Orton, so anybody taking the title from him is a positive in my book, but it is also a positive for WWE as well because Orton is a boring champion. Fans are not flocking to arenas to see him with the belt. If they were, Smackdown stars would not be showing up on Raw for the foreseeable future.

Smackdown in general is in danger right now. WWE has plenty of main event caliber talent, but they need to push them all up. Keeping Orton on top means no new guy can be pushed to the very top. Cena needs to lose to Del Rio as well, but afterward, somebody else should go after the strap, and I don’t mean CM Punk. He doesn’t need the belt right now. Give Morrison a run against Del Rio. He doesn’t have to win, but it raises his stock.

WWE is on the right track, regardless of what anybody else seems to think. They are making changes right now, which is the most important thing. It does not matter how they change, but that they change is the big issue.

Please send any questions/comments to [email protected]
look me up on facebook @  http://www.facebook.com/kenny.mcknight
Keep up with my blog @ http://www.seethroughclosedeyes.blogspot.com