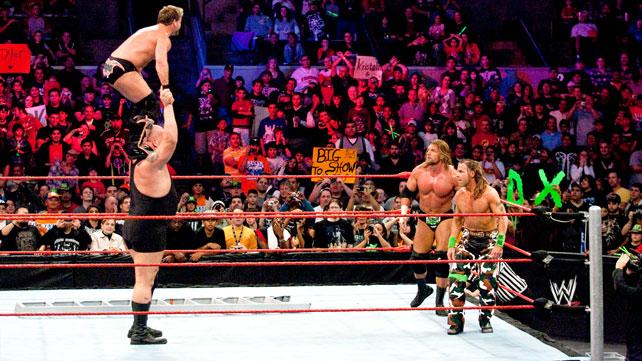 When a Tables Match, a Ladders Match or a Chairs Match just won’t cut it, the next best option is to combine all three elements and engage in a TLC Match. For more than a decade, the Tables, Ladders & Chairs Match has presented itself as one of the most dangerous — and exciting — contests in WWE history.

Originally designed for tag team competition, the TLC Match has evolved with World Titles at stake and variations to include Triple Threat and Fatal 4-Way contests, and these are the 10 best of them.

Edge’s final TLC Match saw him once again as an innovator of the contest. In addition to competing in both the first-ever TLC Match and its first singles variation, he ushered in a new era at WWE TLC 2010 by meeting Rey Mysterio, Alberto Del Rio and World Heavyweight Champion Kane in the first-ever Fatal 4-Way Tables, Ladders & Chairs Match.

The in-ring style, size and experience of the competitors varied greatly, creating a wild and fast-paced free-for-all that highlighted each Superstar’s sheer ingenuity and resilience. Although it was every man for himself, Edge, Del Rio and Mysterio knew that for a new champion to be crowned, the sheer power of The Big Red Monster had to be suppressed. There were moments throughout the contest that seemed as though no one could outmatch the champion. However, Edge — ever the opportunist — capitalized on the bedlam inside the squared circle. After Mysterio knocked Del Rio off the ladder and through a table, Kane Tombstoned The Ultimate Underdog, but left himself open for Edge to spear the champion off the ring apron and through a table. The Rated-R Superstar then ascended the ladder to claim his 10th World Championship.