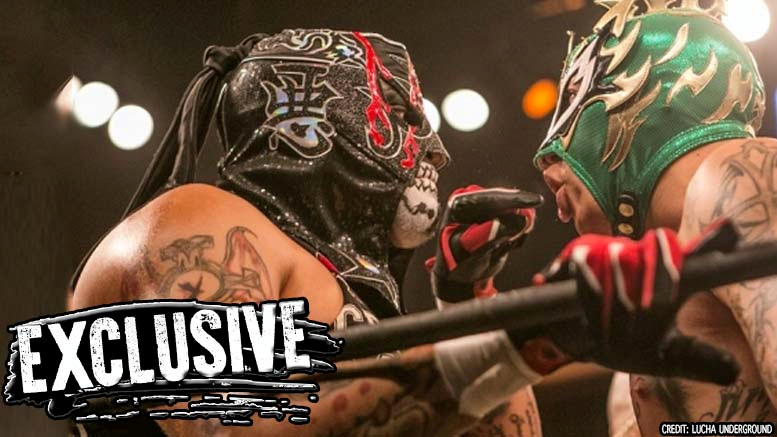 Lawyers for AAA threatened to sue a company who booked Pentagon Jr. and Fenix on an upcoming show … but the fed isn’t run by dummies, and they fought back with a legal letter.

Lucha Libre FMV — the joint company run by AAA and Lucha Underground — sent a message through lawyers to PCW in Los Angeles earlier this month which states they are “the legitimate owner of the intellectual property related to the name, characteristics, characters and designs of ‘FENIX’, ‘REY FENIX’, ‘PENTAGON Jr.’ and ‘PENTA 0M’, among other trademarks.”

As we previously reported, LL FMV filed for a trademark on Pentagon’s new name one-week after he announced it at a Crash show in Tijuana.

The letter continues, “At the light of the above, we are sending you this communication requesting you to cease and refrain from the unauthorized and misuse of the intellectual property.” Adding, “And also please avoid to hire any person that uses such intellectual property or any other confusingly similar” … otherwise they may exercise legal action.

PCW, however, didn’t take kindly to what seems to be a pretty petty move on FMV’s part.

They fired back with a letter this week that says, “While we thank you for your concern with making sure that we are not going to use the names of performers or characters legally owned by your client, we can assure you that we are only promoting performers by names that either the performers control themselves or which no entity controls as of this date.”

The company goes on to point out that Rey Fenix filed his trademark for the name last year, long before FMV, and they have reason to believe it will get approved. As for Pentagon, they’re confident the company’s trademark attempt will be denied after he fights it in court.

The initial letter and scathing response can both be found by CLICKING HERE.