Home / Behind the Scenes / The Armpit Wrestling Quiz for the Week of March 6, 2017

The Armpit Wrestling Quiz for the Week of March 6, 2017 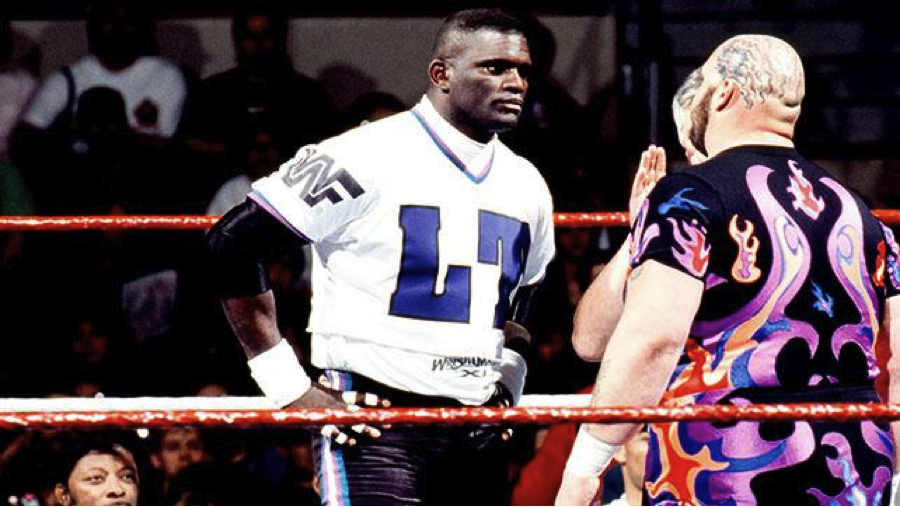 Welcome to The Armpit wrestling quiz for the week of March 6, 2017.

Will he or won’t he?  That was the big question last week regarding Shaquille O’Neal’s involvement in WrestleMania 33, where he was supposed to face fellow giant Big Show.

Celebrities and wrestling go hand in hand.  We already did a quiz on celebrities in wrestling, but never one that focused on athletes.  Thus the theme for this week’s quiz is “Pro Athletes in Wrestling.”

Unfortunately there were no winners to last week’s quiz.  Most of you missed the same question, so it was probably too hard of a quiz.  Hopefully this week’s will be a little easier.

1) Mark Henry was the one who read a tearful poem to Owen Hart on the Raw following his death.  Some of you missed this, thinking it was Jeff Jarrett since they two did team up for awhile.  Jarrett and Debra were also in tears that night, as was pretty much everyone.

2) Steve Austin paid tribute to Owen that night by cracking a beer and toasting a drink to him in front of the live audience.

3) True, WWE DID get word before the Chris Benoit “tribute” episode of Raw before it aired that he had likely killed his family and himself.  This is the one most of you missed.  WWE got the word late, but there was still enough time to have changed things.  It became a controversial decision and they received a good amount of criticism for it.  A lot of the production had already been done and everyone was in a state of shock, and not all the details were known.  I’m sure some in the company have regrets, but the past is the past.  WWE was put in a bad spot so I’m willing to cut them some slack.

4) The brief clip of Andre the Giant that WCW showed following his death was of his interview with Gordon Solie.  Very obscure question but you all nailed it.

5) The wrestler feuding with Louie Spicolli at the time of his death was Nitro announcer Larry Zbysko.  All these decades and I still have to double check the spelling of his name every time I type it.

6) The TV show that covered the death of Elizabeth, and hinted Lex Luger may have been involved, was WWE Confidential.  A show like that would be nothing special today, but at the time it was considered must-see because of some of the topics they covered in an often honest fashion.

7) To honor the Ultimate Warrior, WWE created the annual Warrior Award, given to people with inspiring stories.  It’s a good award to give, however when Warrior came up with the idea, that was not his intention.  It was meant for people behind the scenes who do so much work but never get the recognition for it.  His first pick was Jimmy Miranda, who unfortunately is no longer with us but you hear Steve Austin sing his praises all the time on his podcast.

8) Chris Benoit gave a tearful, memorable promo on SmackDown on one of his best friends, Eddie Guerrero.  We’ll never quite know why Benoit snapped and did what he did, although many have pointed to his concussions as a possible reason.  Maybe yes, maybe no, but one aspect few ever talk about was the emotional toll all these deaths took on him, with so many of his closest friends dying so often.  Eddie was one of them, but so was Johnny Grunge, one of his neighbors who very few people knew he was so close with.  The irony is that Benoit committed suicide likely before he even found out his old tag team partner Beef Wellington had just passed away.

9) At ECW One Night Stand in 2005, they paid tribute to former ECW stars who had passed away by showing a short video tribute.  If there’s ever another ECW PPV, they’ll have to add Chris Benoit, Eddie Guerrero, Mike Awesome, Axl Rotten, Nicole Bass, and Balls Mahoney to the list.  And that’s just off the top of my head.

10) Thanks to those who sent in their thoughts on which wrestlers affected them the most.  Answers were across the board, but clearly the deaths of Eddie Guerrero, Roddy Piper, Randy Savage, and Ultimate Warrior had a lot of impact on you guys.  It’s never easy losing someone we watched growing up and emotionally invested in, no matter how many times it happens.  It can ruin our whole day, and you guys reading this know what I’m talking about, because people will ask us what’s wrong, and then when we tell them, they just don’t understand.