Brock Lesnar Is Officially a Member Of Monday Night RAW

The storyline is that Lesnar asked Vince McMahon for a match against Rey Mysterio after Mysterio took Lesnar down with a steel chair after Lesnar’s victory over Cain Velasquez at Crown Jewel. Since WWE Superstars are contractually obligated to their respective brand, McMahon turned down Lesnar’s request.

Lesnar is now officially headed to RAW, the WWE and Universal Championships will switch brands, according to Dave Meltzer of F4WOnline. Lesnar’s move will be begin this Monday as Heyman already announced Lesnar would be hunting for Mysterio.

Bray Wyatt won the WWE Universal Championship against Seth Rollins at Crown Jewel and will be on SmackDown going forward.

Monday’s RAW takes place from The Nassau Veterans Memorial Coliseum and the venue’s Twitter account also announced Lesnar and Heyman will be at the show. 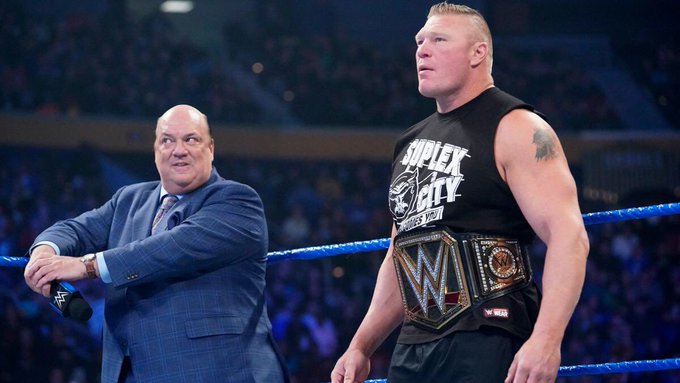