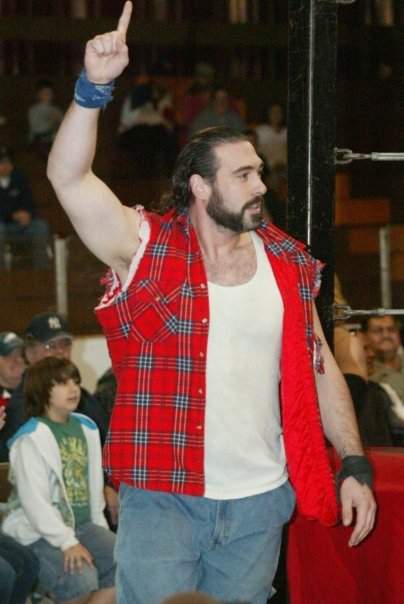 Brodie Lee Discusses Dragon Gate USA’s iPPV Debut On GoFightLive.tv, Getting The Opportunity To Work With Akebono (And How He Has Prepared, Both Mentally & Physically, For His Singles & Tag Team Matches With The Japanese Legend This Weekend), What Fans Can Expect When Austin Aries Officially Breaks His Silence At “Bushido: Code Of The Warrior” (And Why He Feels That Wrestling Aries Would Be “Quit The Mark To Make” For Him In DGUSA), & What He Has Set For His Goals As Part Of The Dragon Gate USA Roster

Dragon Gate USA’s Brodie Lee was a featured guest on this week’s live edition (10/25/10) of the award-winning Monday Night Mayhem. You can feel the “MNM Fall Tour ’10” every Monday night (at 7PM ET/6PM CT), exclusively on The Monday Night Mayhem Radio Network (www.MondayNightMayhem.com).

Brodie joined The Big Mosh & “The Chairman of the Board” Todd Vincent on “Your Home of Wrestling Radio” to discuss & preview Dragon Gate USA’s “Bushido: Code of the Warrior” (DGUSA’s iPPV debut on GoFightLive.tv this Friday night in Fall River, MA), plus Dragon Gate USA’s “Freedom Fight 2010” (DGUSA’s Pay-Per-View taping this Saturday evening in Rahway NJ). His first-ever appearance on Monday Night Mayhem is now available in Windows Streaming Media or via the official MNM Podcast on iTunes:

His personal goals he hopes to achieve & what he wishes to accomplish by being a part of the Dragon Gate USA roster: “I don’t really need anybody, and I don’t need Akibono. Basically, my goal is to make an impact, to let the people know worldwide what I’m all about, and if have to do that by kicking & punching people in the face repeatedly, then I will do that.”

Why he has not given up pursuing his dream in the world of professional wrestling: “I decided to stick with it because I went out when I was not making any money and basically breaking my body for little to nothing. If I went out that way, I probably would not have be able to live with myself on a daily basis. I needed to do more. I needed to do something that satisfied me. Ring of Honor kind of wetted my appetite a little bit, and now Dragon Gate is fulfilling that for me. There’s no way I could’ve gone out the way I was going, and I’m not saying it’s a terrible thing, but for me to wake up every morning, and to look at myself, and know that I could do more, there’s no way I could’ve not done it.”

Getting the opportunity to team up with Akebono at DGUSA’s iPPV debut on GoFightLive.tv this Friday night (“Bushido: Code of the Warrior”), followed by the challenge of facing the Japanese legend the very next night at DGUSA’s “Freedom Fight 2010” PPV taping: “I don’t know if this is some kind of test from the Japanese office to see how I would react to a bigger opponent, but I have no choice but to leave it all on the line. I can’t wake up on Sunday morning and say ‘Wow, I should have done this, I should have done that.’ I have to do it, and so Akibono has to expect that I’m gonna come and bring the fight no matter what he hits me with. Whether I’m left lying or not, I’m gonna bring the fight, and he should expect that I’m aiming for his face with fists & boots, and he better be ready for a fight.”

What fans can expect when Austin Aries officially breaks his silence in his DGUSA debut & why he feels that wrestling Aries would be “quit the mark to make” for him in Dragon Gate USA: “I don’t know. I couldn’t tell you what Austin is going to say, but I think it will be very, very interesting if I’m right. He’s a very unpredictable man, and when I debuted in Ring of Honor in 2008, I helped Jimmy Jacobs defeat Austin Aries, so that was my debut in Ring of Honor. For it to come full circle, and for him to come to Dragon Gate USA, I would love the opportunity to wrestle him. I think wrestling him & beating him would be quite the mark to make in Dragon Gate USA. But for what he’s going to say, I don’t know. It’ll be very interesting.”

Much more is included in Brodie’s debut on Monday Night Mayhem, including how his career has transitioned over the years from his start in the Buffalo area to where he stands today in Dragon Gate USA, how he has mentally & physically prepared for Akebono, his close friendship with Colin Delaney (and why he believes that Colin’s WWE career in ECW was quite memorable, but how it almost never happened), plus much more! For more information on DGUSA’s first live Internet Pay-Per-View on GoFightLive.tv & for ticket information to Dragon Gate USA’s live events in Fall River & Rahway, be sure to log on to www.DGUSA.tv, or follow Dragon Gate USA on Twitter (at www.Twitter.com/DragonGateUSA).