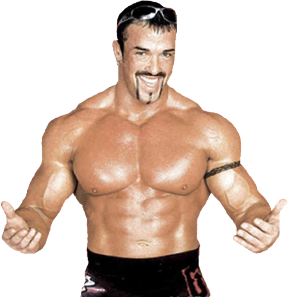 Don’t get him wrong. Buff Bagwell was thrilled for the opportunity to be a part of the nWo.

But for Bagwell, there’s that nagging question about what he was able to contribute to the megagroup that dominated WCW in the Monday Night Wars era.

Bagwell likens it to being the second-string quarterback on a football team that gets the call when the starting QB goes down to injury. “The Stuff” never got the chance to main-event in WCW, but he will get his shot at one of the nWo first-teamers, Kevin Nash, in the main event at Night of the Legends II: Unfinished Business, on Saturday, April 13, at Waynesboro High School in Waynesboro, Va.

“How it was in the nWo was he was the big star, and I was Buff Bagwell, trying to make it. So yeah, there’s some things that haven’t been settled. I’m not going to lie. We’ll just see how it works out when we wrestle,” said Bagwell, who declared himself “100 percent” recovered following a horrific car accident in April 2012 that left him with broken bones in his neck, face and jaw.

“It was absolutely the hardest thing, and that’s saying something coming from a 43-year-old man who has been in this business as long as I have. It was the hardest thing I’ve ever gone through ever. When it was all over, I was like, How am I going to fix this?” said Bagwell.

But that’s in his past now.

“I’ve fixed all of that, and I literally maybe for a month now have been 100 percent. Other people have been saying I was 100 percent for maybe two, three months, but for me it’s only been a month that I’ve been 100 percent. I feel great, I look great, I’m back to being Buff Bagwell. I’m just ready to go, man,” Bagwell said.

And that means he’s ready for “Big Sexy” at Night of the Legends II on April 13.

“It’s going to be a challenge. But I’ll be there, and I’ll try my best to bring the big man down,” Bagwell said.