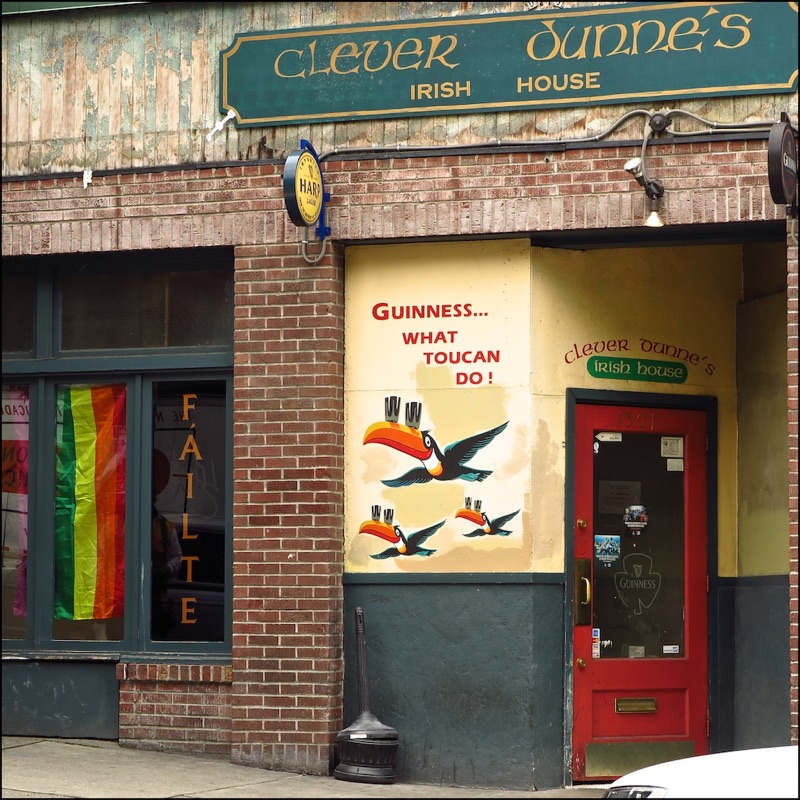 Permanently closed. That is what the sign read across the boarded up windows of Clever Dunnes’ Irish House, as I climbed up Seattle’s Capitol Hill on the Metro number 49. Apparently, some time had passed since I strolled onto Clever Dunnes’ warped and dusty floors, and choked down its’ acrid odor. But, I subsequently learned from my fellow passengers that, much to my dismay, it was on January 28th, Clever Dunnes’ shut its’ doors for good.

The Fabulous Moolah showed me the inner workings of the wrestling business, and Sputnik Monroe educated me on the finer points of pugilism, but it was at Clever Dunnes’ Irish House where I first learned to apply my skills in the fistic arts.

Clever Dunnes’ was no boxing gym, or school of mixed martial arts. No speed bags, heavy bags, or grappling mats. No tractor tires to hit with sledgehammers. Well, there may have been a sledgehammer or two, somewhere….

Clever Dunnes’ Irish House was a pub. A public house in its’ truest form, lost in this age of modernization and gentrification. Fish N’ Chips Wilson thrived within its’ walls, where punk rock, and Guinness spewed from its’ jukebox, and taps. I can recall the feeling of throwing bare knuckle fists during a melee that erupted following an mma pay-per-view. Hockey goons commonly viewed hockey games over pints and slap-shots. And, rugby matches were ritual at Clever Dunnes’. The showdown between New Zealand and Australia, which prompted the management to play a recording of “A Pair Of Brown Eyes,” by The Pogues, hoping to calm the rising temper of the growing mob, and to prevent the windows from being shattered, once again.

Local boxers, professional wrestlers, and fighters would congregate at Clever Dunnes’ for conversation and trade philosophies on combat. Rounds of beers were won and lost over games of pool. Traditional Irish sessions could be heard as gathering musicians played while the daylight turned dark.

I will sorely miss its’ atmosphere, whether calm or combustive, and look back at its’ existence as the place where I cut my teeth (and knocked out a few).

So, here’s to Clever Dunnes’! And here’s to all the patrons who passed through its’ doors, and to all the saints that served them. I raise to you a parting glass, good luck, and joy be with you all.