Home / Indies / Colt Cabana comments on his relationship with WWE

Colt Cabana comments on his relationship with WWE 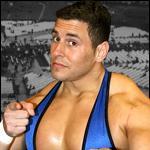 Ringsidenews.com reports that Colt Cabana was recently interviewed by The Cleveland Plain Dealer and was asked about reports of him doing some commentary work for WWE.

“I’m just riding the wave of fun right now. The WWE has been weirdly talking with me for over a year now. I can’t rely on them though. I do my own thing until stuff gets concrete. Right now, I can’t worry if I’ll be doing announcing or anything else. I know I want to concentrate on continuing to wrestle around the world and growing my comedy stuff. All I can say about the future is that I’m going to be having fun with wrestling. That’s a guarantee.”