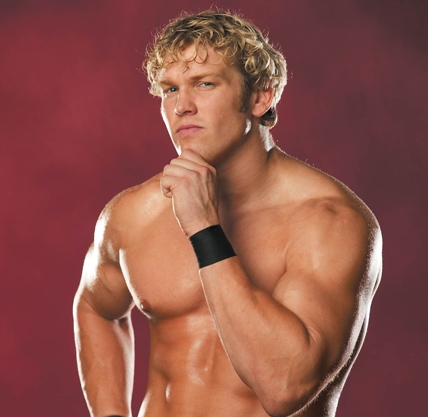 Editor’s note: This article originally appeared on sportsconcussions.eventbrite.com/ and was written by Gary M. Coon.

Chris Nowinski was in his early 20s and living the good life. At least that’s what he thought, as a pro wrestler competing in full arena after full arena with dozens of live television events on his resume.

He was not only famous, but pretty wealthy.

But the man WWE fans first knew as “Chris Harvard,” relating his matriculating at Harvard University while starring on the football team, had a secret near the end of his career at age 25.

He had excruciating headaches every single day.

Nowinski said his those headaches took on a life of their own in 2003 at a pro wrestling event in Hartford, Conn. when Bubba Ray Dudley — he’s now called ‘Bully Ray’ — kicked him in the head. He was out cold. He suffered a high-grade concussion.

The only problem was he didn’t know then what he knows now — the concussions are brain injuries and need rest and rehab like any other injury — and he continued flying around the country nearly every day for the next five weeks.

“My last match was in Green Bay, Wisconsin,” said Nowinski. “It was a tag team match. My short term memory was shot. I remember saying to my partner, ‘If I blink out, take it home.’ “

A decade later, Nowinski is devoting his life, through a non-profit he co-founded, Sports Legacy Institute, trying to help solve the concussion crisis by advancing the study, treatment and prevention of brain trauma and its effects in athletes and other at-risk groups (military).

Nowinski will be appearing at Andover Country Club on Tuesday night, 6 to 8 p.m., giving a presentation and taking questions. While there is no cost to attend, all those that donate $100 or more to Nowinski’s organization receive a signed copy of his book, “Head Games.”

Nowinski has two goals with his presentation on Tuesday:

1. Share with communities the latest science on concussions, help instruct on a safer environment for children, parents and coaches bigger advocates for safety

“My biggest mistake was that I lied for five weeks,” said Nowinski of his persistent headaches at the end of his pro wrestling career. “I thought I was supposed to be tough, rather than let (my) brain recover.”

Nowinski said he suffered from post-concussion syndrome for five years after that night in Green Bay. Besides the persistent headaches and short-term memory loss, he said was walking in his sleep regularly for three and a half years.

“I ended up needing to be sedated every night so I could sleep,” said Nowinski. “A drug sleep is not a good one. I woke a lot of times in the middle of the night thinking I was choking to death. It was bad, really bad.”

While he is close to be feeling 100 percent, he says that sometimes when he is exercising heavily he gets a nauseous

“I believe my problems will more be down the road,” said Nowinski. “I can remember about 10 concussions, but I probably had a lot more.”

The real issue is education, which includes parents, teachers and coaches near the top of the list.

“We have to do a better job at identifying concussions when they occur,” said Nowinski. “Studies show that only 10 percent of the concussions that kids get are identified as concussions. Then you have to give the brain some rest.

“There is also a cumulative affect,” said Nowinski. “You don’t want to have too many hits to the head. Little League baseball has pitch counts to protect arms. What about hits to the head?”

Nowinski said that Boston University and Harvard have joined along with SLI in the research — B.U.’s Center for the Study of Traumatic Encephalopathy is noted as tops in the country — and they are available, free of charge, to educate local communities about dealing with brain trauma.

Related Itemschris nowinskiwwe
← Previous Story WWE is holding a contest for their “Be a STAR” campaign
Next Story → AS I SEE IT: The McMahon-Helmsley Era – Version 2.0