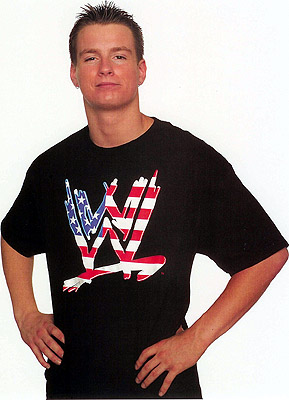 Available Starting APRIL 4, 2014 on DVD & Digital Download at JOE-DOMBROWSKI.COM or buy your copy in New Orleans at Mid-South Legends Fanfeat or WrestleCon this weekend!

After a tumultuous childhood, an 8-year-old Zach Gowen faced the ultimate adversity — cancer. It was a battle that would cost Zach his left leg, but still he refused to be a victim. Just ten years later, Zach would see his childhood dream come true — a career as a world-famous professional wrestler, eventually signing with the global phenomenon World Wrestling Entertainment. However, success was fleeting, and a young, immature, and now unemployed Zach now found himself on a new road — one of self-destruction. Fame and fortune gave way to drugs and alcohol, and it seemed like what was once an inspirational story of hope was destined for a dark and depressing end — death. Had Zach lost his way for good or could he re-discover that light that had guided him through so many perils of his past? For the first time ever, watch in its entirety, the life story of one man who was given everything, before he was ready to handle anything, and who had to lose it all… to find himself.

“Finding Zach Gowen: The Life Story of the World’s First One-Legged Pro Wrestler” is a journey of emotion and drama that must be seen to be believed. Despite being just 30 years of age, Zach has experienced enough to fill four or five lifetimes, and for the first time ever, Zach is completely open and honest about his greatest triumphs & tragedies in this two-disc four-hour DVD set.

Rarely or never-before-seen photographs and video footage of Zach throughout his life from the cast’s personal collections!

BE THE FIRST TO OWN “FINDING ZACH GOWEN”
“Finding Zach Gowen” will be available in New Orleans next weekend! Film co-producer Joe Dombrowski (Montreal Theory, Ring of Honor) will be on hand at the following locations:

“Finding Zach Gowen” will also be available on DVD as well as Digital Download starting April 4 on www.Joe-Dombrowski.com!