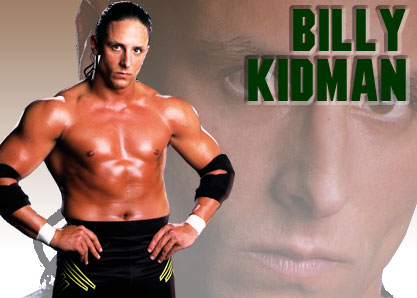 Credit: Alan J. Wojcik of http://alanwojcik.com
Â
The new WWE Developmental Territory; Florida Championship Wrestling, held an event on September 15th at the Jewish Community Center, 9841 Scenic Drive in Port Richey, FL. Thanks go out to Kerâ€™s Winghouse for stopping by with items for the audience. The evening began with Steve â€œGatorâ€ Keirn letting the fans know what they were going to see tonight and some history of wrestling in the Tampa Bay area.

In the opening moments Mondo tried to control the bout but Gray took over with a headlock takeover and kept Mondo off balance with a flying head scissor takeover. Mondo got to his feet and with a handful of hair backed Gray to a corner where he hit a kneelift. Mondo took over with a headlock and some punches that the referee didnâ€™t see due to some maneuvering. But Gray fought back with two bodyslams and a headlock takeover for two. Mondo got an overhand wristlock applied but Gray fought out and hit several European style forearms but couldnâ€™t avoid a cross armbreaker that got two. Mondo went for the submission with a front facelock but opted for a stepover armbar but couldnâ€™t get Gray to give up. Mondo went up to the second rope but instead of landing a move, he landed face first on Grayâ€™s boot. Gray went on the offense with a furious attack but his speed came back to an end when a corner splash only met the corner buckles. Mondo snuck in and rolled up Gray for the victory, not too sure if he used the tights for leverage.

Early on it was obvious that Walker and Osborne were going to bend the rules at any cost, using hair pulls and other trickery. But they couldnâ€™t combat the double team work of Curtis and Fantastica who worked over Osborneâ€™s wrist. Walker tagged in but walked right into an armdrag from Fantastica and a spinning head scissor. Curtis and Fantastica kept Walker isolated until some clever maneuvering sent Curtis into the ropes and a forearm to the back from Osborne. Walker and Osborne taunted the fans and Fantastica as they beat down Curtis for several minutes. But no matter what they hit Curtis with he refused to be pinned nor would he submit. Osborne made an error and missed a corner splash and it allowed Curtis to tag in Fantastica who avoided a Walker spear which leveled Osborne who was easy to pin.

Nemeth tried to control the match with arm bars and some trash talk but he seemed a bit off kilter when Vanson locked in a spinning toe hold. Nemeth screamed in pain and crawled to the ropes for a break. Nemeth decided to change his attack by stalling for time and avoiding Vanson. That didnâ€™t work and Vanson hit several forearms to the jaw that sent Nemeth to a corner. Vanson went after him and got kneed in the jaw. Nemeth went right to the injury with a neckvise submission but slid into a head scissor with some help from the ropes as the referee was asking Vanson if he wanted to give. Vanson was able to fight out of the hold and get to his feet, only to be hit in the gut with a knee. As the referee checked on Vanson, Nemeth went to the corner and removed a turnbuckle pad. As the referee went to fix it Vanson got a small package pin without a count. Nemeth got two after sending Vanson into the corner chest first, sucking all of Vansonâ€™s wind out with it. Vanson fought out of a chinlock even as Nemeth raked the eyes. Nemeth went for a running boot but Vanson caught it and leveled Nemeth with several chest chops and a running knee to the face. But when it looked good for Vanson, Nemethâ€™s old Spirit Squad partner Mike Mondo came out and distracted Vanson long enough for Nemeth to get the pinfall via a small package.

Taylor and Kingston kept Hager on the defensive working on destroying his left arm. Hager fought off the pain and raked Taylorâ€™s eyes but Taylor whipped him to a corner. Taylor went for a suplex but Hager drove him into the corner where G-Rilla was waiting to attack. Kingston tried to come in and aide his partner but got sent out by the referee who didnâ€™t see G-Rilla and Hagerâ€™s double team assault. Taylor survived and tagged in Kingston who also got backed into the wrong corner where G-Rilla pounced on him with a fury. G-Rilla used his near 300 pound frame to toss Kingston from one corner to the other and nearly broke a jaw with a legdrop. Kingston fell to the canvas after getting hit with a posterior first corner splash. Kingston countered a backdrop into sunset flip but G-Rilla sat out and landed on Kingstonâ€™s chest. Hager tagged in and locked in abdominal stretch with some help from G-Rilla on the ring apron. Kingston fought back and out of a G-Rilla slam, hitting a spinning heel kick to the head. This allowed Taylor to tag in and go on the attack hitting Hager with a firemanâ€™s carry into a forward roll but G-Rilla broke up the pin. All four men got in but it was Kingston and Taylor who hit double top rope cross bodyblocks. But the referee tossed Kingston to the apron since he was not the legal man. As this occurred G-Rilla and Hager hit a double team neckbreaker to get the win.

While Hart and Miller were thinking up stuff to do, Wilson hit both of them with a dropkick and went on the attack. That was stopped when Miller hooked his arms and Hart punched Wilson in the jaw. Hart hit Wilson with a neckbreaker and Miller laid the boots in as the referee tried to get them to stop as Wilson crawled to the ropes. They hit Wilson with a suplex but instead of going for the pin, they decided to taunt the crowd. The double team work kept going with a corner clothesline and suplex as Wilson was trying to recover from the assault. Next they took turns distracting the referee so the other could choke Wilson in the corner. Wilson got some senses back and avoided Millerâ€™s shoulder tackle that met the steel ring post. But Miller recovered and leveraged Wilson to the floor where Hart followed out with a moonsault and some shots to Miller who he felt should have put Wilson away. Hart tossed Wilson back in the ring and went to work on him but a backdrop went wrong and Wilson landed on his feet, allowing him to hit a Northern Lights suplex for two. Wilson dropped Hart on the top rope but hart blocked the move and headbutted Wilson back into the ring where he hit a front twisted senton but Miller grabbed him and sent him to the floor, crashing into the ring steps. Wilson hit a sling shot elbow drop but Hart got back in the ring and sent him to a corner. But Hart walked into a Miller spinebuster for two. Miller went up top but Hart brought him off with a slam. Hart decided to go up again and hit a top rope Acecrusher but Wilson hit a Dragon Sleeper into a slingshot sit out power bomb. He didnâ€™t forget about Miller who was hit with a springboard tornado DDT. Wilson locked Miller into a Cloverleaf but Hart locked Wilson in a Dragon Sleeper. Miller recovered and hit Hart with an enziguri but his rope legdrop move backfired and he was pinned by Wilson.

If you were in attendance good luck trying to tell the Bellaâ€™s apart in their matching â€œCadillacâ€ Williams tops. They also kept Neidhart and Vaine confused with a high speed offense that Neidhart stopped with a knee to the back when Vaine tossed a Bella into the ropes. Neidhart and Vaine used their experience to maneuver the Bella twin around keeping Victoria blocked from seeing illegal activity. They kept the twins apart but nearly got pinned when their cockiness backfired. It did backfire on Neidhart and the twins made the tag, but Neidhart collided with a twin who fell to the floor. Vaine and Neidhart were busy talking to Victoria and no one in the ring saw the twins switch on the floor. It led to Neidhart being rolled into an inside cradle for the upset victory.

Referee Buck Quartermaine had his hands full with the shenanigans of Doink, while Titan had trouble keeping Doink from stepping on his feet. Titan went for a slam but Doink slid off only to be elbowed in the ribs. Titan went for an elbow but Doink moved. But he didnâ€™t get far as Titan hit a sideslam and was backed into a corner where Titan hit an elbow before tossing Doink to the floor. Titan grabbed Doink in a double handed choke and smashed him into the ring post, but missed a punch that hit the post as Doink slid back in the ring. Titan came back in the ring and hit a corner clothesline but his corner splash met Doinkâ€™s boot bottoms. Doink climbed on top and locked in a sleeper but Titan fell back into a corner breaking the hold. Titan went for a corner splash but hit the top of the ring post instead. Doink hit a top rope sitout drop but even a top rope bodyblock couldnâ€™t keep Titan down. Titan fired back with a chokeslam that shook the ring and the wind out of Doink who was pinned.

This was a classic battle of youth vs. experience and early on Smith controlled the match with speed and sending Kidman to the floor to regroup. Smith had enough and followed Kidman out but got a boot to his ribs. Kidman went to whip Smith into a row of chairs but he was reversed and the fans went running to safety. Smith dragged Kidman to the ring and hit a standing suplex just like dad used to for two. Smith went for a move but Kidman used some leverage and drove Smith shoulder first into the ring post and the assault began as Kidman went to work driving his knee into the shoulder joint. Kidman used a variety of armlocks trying to wear down Smith but they were to no avail. Kidman switched strategy and locked Smith in a sleeper. Smith fought to his feet and hit a Saito suplex that briefly took the out of both men. Smith got to his feet first and went on the attack but his power bomb was countered by Kidman into a facebuster. Kidman went up for the Shooting Star Press but Smith caught him. Kidman came off the top and got a pinfall but Kidman used the ropes. But Commissioner Steve Keirn saw it and ordered a re-start to the match. The match didnâ€™t last much longer as Kidman fought off a Smith sunset flip with help from Lacey. The referee saw it and ordered Von Erich down from the apron. When she refused referee Quartermaine kicked her hands sending Kidman to the mat where his shoulders were counted down.

FCW will return to the Jewish Community Center on Saturday October 13th.

On Tuesday September 25th at 8:30pm Bourbon Street Night Club will be hosting a charity event for the SPCA called “Wrestling for Whiskers”. This event is being setup by S.O.S. (Save our Sandbar Foundation). Doors open at 6:30pm all proceeds go to the Pasco Humane Society. The show starts at 8:30pm. There will be food fun and a great atmosphere to help us give to this honorable charity.

Bourbon Street Located 4331 US HWY 19, New Port Richey Florida 34652. For further info on 9/25 event please check out www.clubbourbonstreet.com For information on FCW, please follow the link to a story on TBO.com: