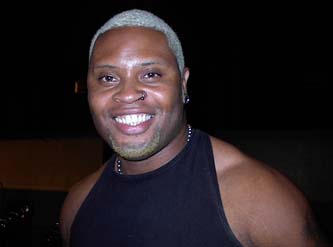 Show openedÂ  with announcer Jaheem the Dream and Commissioner David Blanchard setting up the rules of Glory Bowl- names pulled from a bowl to determine matchups anyone on GOUGE rtoster was eligible.Â  winners met in a 6 way elimination match for the GOUGE heavyweight title vacated by the iinjury to King Chilly Willy

Luther Thesz pinned The Goat with a jackhammer

GLORY Bowl final match-Â  as all 6 guys got to the ring Otto Schwanz had the PA guy cue the Bennie Hill theme that had all the wrestlers chase each other around the ring back thru the curtains into locker room and then out with Felicia O chasing them back out and hitting Count Grog in the head with numchucks.

Trailer Park Heat eliminated first with a loaded chain punch from El Gordo, Seymour Snott was pinned by Wallabee Joe after Grog pulled his foot from under him as he had Joe up for a slam, El Gordo Diablo was DQ’ed for using a chain, Otto Schawanz went outside the ring to help Seymour as he was attacked by Grog and Blackie Chan and then just left the building and was counted out, El Gordo and Grog and Chan took Snott outside and hang cuffed him to the fence.
Luther Thesz pinned Wallabee Joe with a jackhammer to win and become the new GOUGE heavyweight champion.