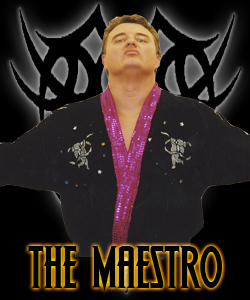 “Scott Hall: My former USWA tag team partner. My fellow WCW/NWO alumni. My buddy Razor Ramon/Scott Hall. Before I met Scott. I was a big fan of his from his early days tagging with Dan Spivey as “Starship Coyote”, his time wrestling with CWF from Florida, his run in the AWA teaming with Curt Hennig , and his stint in WCW as “The Diamond Studd”. Saw a match down in Puerto Rico he had when I first saw “The Razor’s Edge” finisher. Thought at the time that was one of the most innovated finishing moves I had seen. “The Bad Guy” became Intercontinental champion in the WWE and to this day people still talk about the historic ladder match he had with Shawn Michaels at Wrestlemania 10. Remember Dutch Mantell (WWE’s Zeb Colter) telling me he thought at one point Razor was gonna be WWE champion at the time. He certainly had all the tools. Him and Kevin Nash would later come to WCW and along with a turning Hulk Hogan made history forming the infamous “New World Order”.”
“Jake Roberts: Wow. Where do I begin? Longtime good friend. Former AAA (Mexico) tag team partner. Mentor. Great wrestling mind. Great booker. All around legend. Master psychologist. That’s my buddy Jake. I remember first watching him in World Class Championship Wrestling, CWF in Florida, Mid-South, and his Georgia Championship Wrestling cliche with the Road Warriors and his feud with Ronnie Garvin. One of the most popular WWE Icons of the 80s and later one of the most hated villains. His low key voice in interviews would force you to listen to every word while his eyes would look into you through the camera. I have always felt he would be one heck of an actor for films. I have wrestled with him, against him, learned from him, starved with him, traveled with him, and kept out of trouble with him lol! He has accomplished so much in the Professional Wrestling business through the years. Talking to him is like sitting at the learning tree. He has helped so many guys through the years including myself. So many more could learn from him. It is only fitting that my buddy and fellow WCW Alumni, the man who thru DDPYoga helped turn Jake’s life around, Diamond Dallas Page would induct “The Snake” into the Hall of Fame. Inspiration. Love ya man!”
“The Undertaker vs. Brock LesnarSo looking forward to this one! Big fan of both these greats! Lesnar and Taker both use MMA submissions in their arsenal as well as both are very solid. This should be a wild one!
Stro’s pick: Undertaker“
You can read The Stro’s column, “Stro’s View” in its entirety at this link.
Related Itemsmaestroundertakerwrestlemania 30wwe
← Previous Story Newsday.com presents: “Talking WrestleMania and Nassau Coliseum with ‘Rowdy’ Roddy Piper” by Alfonso Castillo
Next Story → Former WWE writer Big Dick Johnson predicts CM Punk will not appear at WrestleMania