Former WWE Champs to Challenge the Punk Rock All Stars 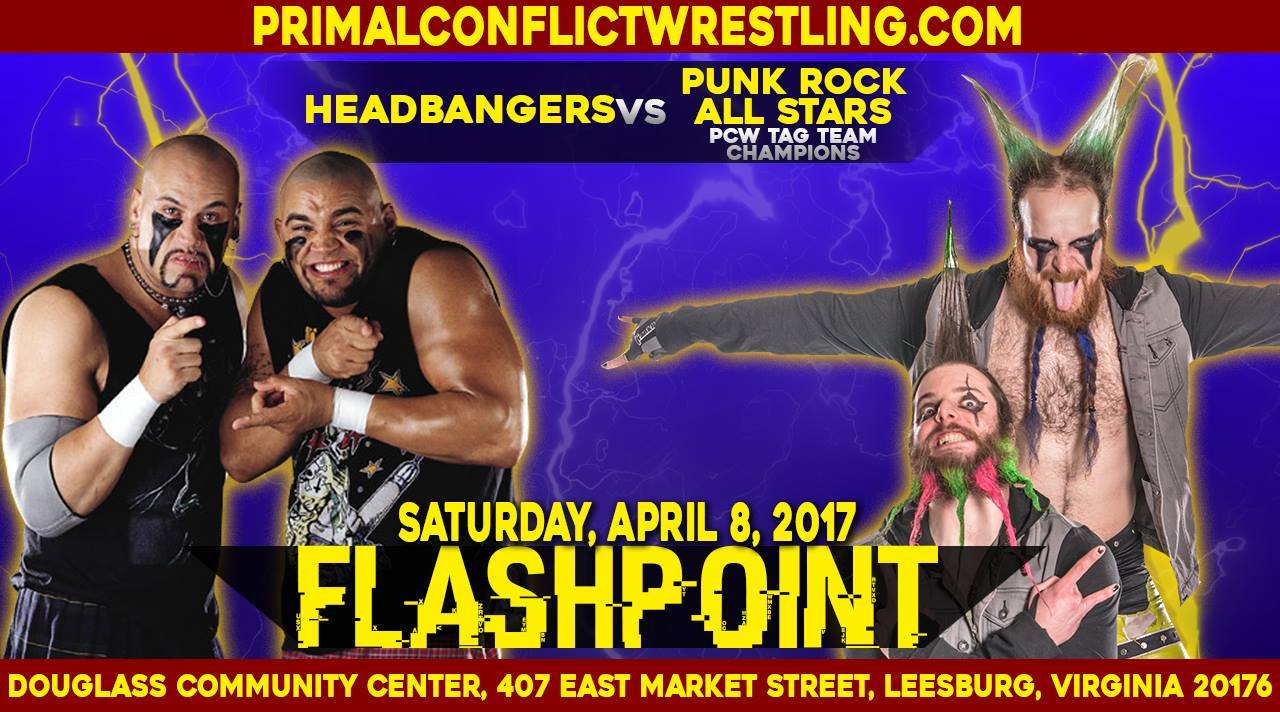 The Punk Rock All-Stars walked out of “Dominance” as PCW Tag Team Champions. The old saying goes, “out of the frying pan and into the fire”, fits here, as now they must defend against former WWF Tag Team Champions The Headbangers on April 8 at Flashpoint in Leesburg, Virginia at the Douglass Community Center

These two teams are no strangers to each other as they faced previously on two occasions with each team notching a victory. April 8 will be the rubber match and the stakes couldn’t be higher!