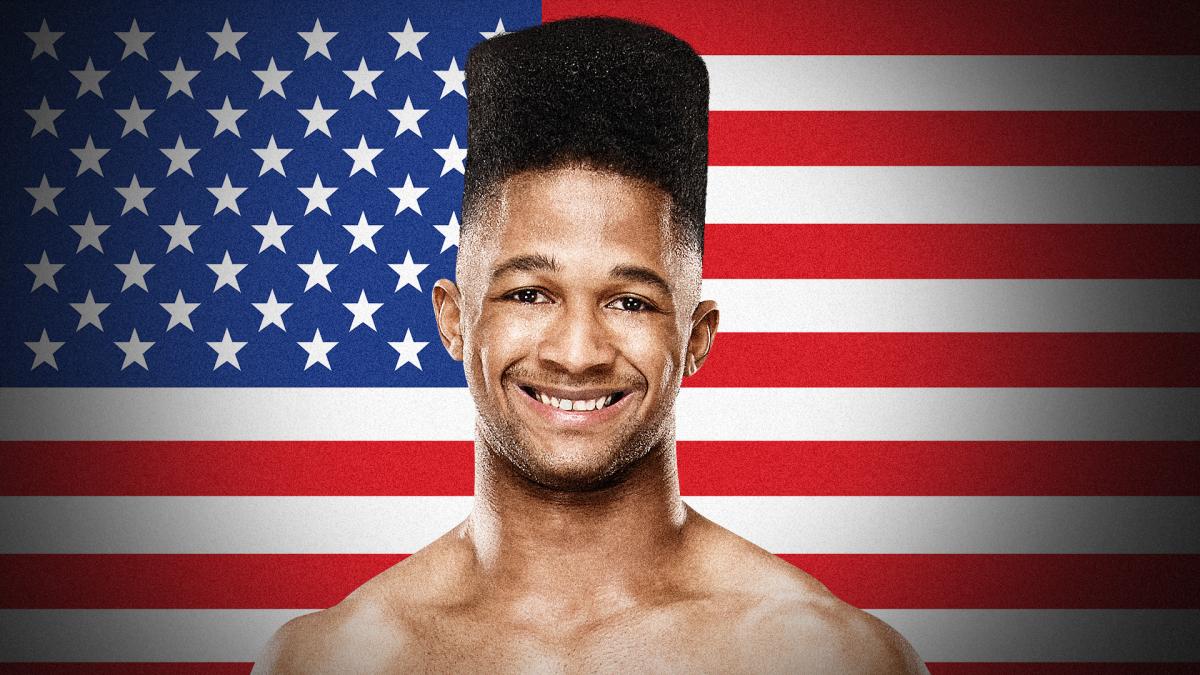 WWE Cruiserweight Classic Competitor Anthony Bennett was the latest guest on the Pancakes and Powerslams Show. During the interview, he discussed names who inspired him to become a wrestler, who gave him the opportunity to compete in the CWC, maintenance on his hightop haircut, and more. Here are some highlights.
What inspired him to be a pro wrestler:

“Honestly, just watching Scotty 2 Hotty and K-Kwik, and guys like that. The charismatic guys [who] had fun dancing and being characters is basically what got me into pro wrestling. I said, I want to do that. I want to be those guys.
The Worm is what sealed the deal. When I was a kid, we did talent shows, plays, and soul train lines. Me and one of my friends would always do the Rikishi dance, and I would be Scotty 2 Hotty. I would just want to go out and do the Worm. The Worm was like my signature.”

When he first started watching wrestling:

“When Kane and The Undertaker slammed the steps on Vince McMahon’s ankle. Ever since then, I wanted to be like that. I wanted to big that big guy walking around without a care. Just feeling like you are indestructible. But, clearly, size isn’t on my side.”

How he received his CWC opportunity/having to gain 25 pounds:

“Gerald Brisco came [to the Monster Factory] in 2013, he was just looking at talent, and he heard I had an amateur wrestling background. He was fascinated by it, and he said, ‘Ok, kid. I’m gonna come back next year, and this is what I want you to do. I want you to gain 10 pounds.’
And, from there, once I gained the 10 pounds, he said, ‘Good. I see that you listened, you packed on a lot of size, you’re developing a character, you’re becoming more and more comfortable with wrestling. So, now I want you to gain another 15 pounds, be at this weight, and I’ll see what I can do with you when the time comes.’ He would message me every now and then [to check the] progress]… He put my name in for the Cruiserweight Classic.”