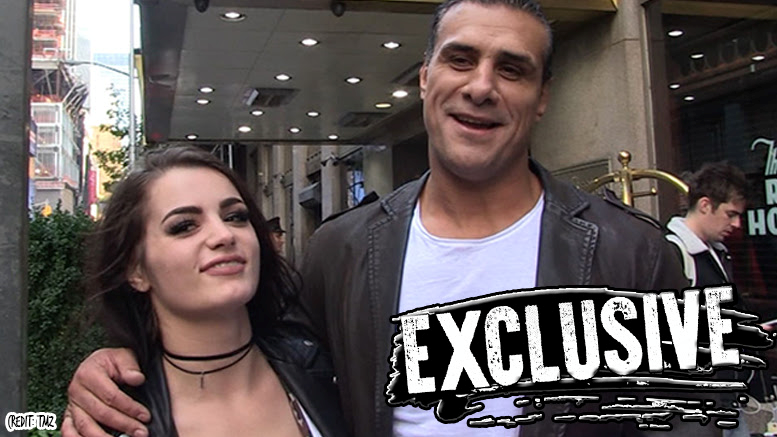 Paige and Alberto Del Rio may have gotten engaged this weekend, but the lawyer for his wife tells Pro Wrestling Sheet that the couple shouldn’t rush to the altar — because he’s still married.

We reached out to the lawyer for Del Rio’s wife to ask if their divorce had been finalized and received a statement from Raymond Rafool saying, “No. They are far from it at this stage.”

He adds, “Of course, Paige should watch carefully how Alberto is denying and treating his current wife and the mother of his children in this divorce.  History repeats itself.”

As we previously reported … Paige proposed in the ring to ADR Sunday at a WWC event, despite Alberto being in the midst of a bitter divorce battle with Angela Velkei.

Paige’s dad also reacted to the engagement news by posting a statement on Facebook that reads, “Putting this out there then saying no more, about it to anyone I am totally against my daughter marrying that man statement over.”

Should be a fun wedding.