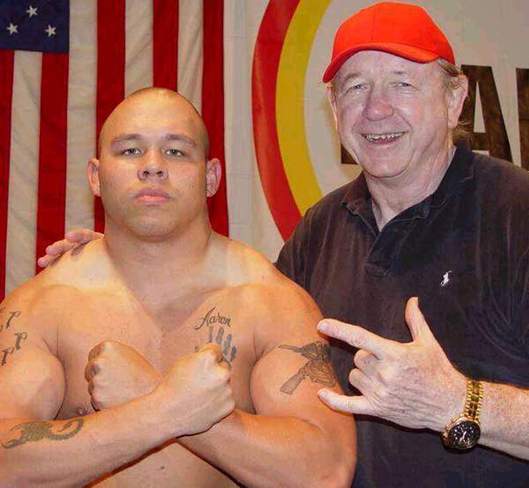 On our next !BANG! TV Taping, Support the Troops 19, “Hard Justice,” coming Sunday September 2nd, Shane Chung will be challenging Johnny Magnum for the Funking Conservatory World Championship. Johnny Magnum will be facing his toughest challenge yet.

“These men would travel the world on and defend their titles, defend their names and wrestle. Yes Folks, they used actual wrestling moves and hold they would wrestle hour long matches night after night, putting everything they got on the line, all while carrying and building the sport of professional wrestling.”

“Ask yourself when is the last time you’ve seen someone use a short arm scissors, a double wrist-lock, a fireman’s carry, a well executed arm drag? Ask yourself that?”

“Now we have new school, Springboard Tornado, DDT’s, Hurricaranas from every angle, aerial attacks from the inside of the ring and the outside, not to take away from these maneuvers but matches aren’t won in the air. They are won on the mat. Sure they’re flashy but are the extra movements necessary.”

“Bruce Lee invented JKD for one reason, to take the flashy unnecessary movements out of fighting. To make fighting more effective. What’s more devastating, a Hurricarana or a double under-hook supple driving you into the mat?”

“As a mat wrestler you’re taught the fastest way from point A to pointÂ  B is a straight line. In other words, if you are going to shoot the leg, go straight in. Be direct, so any opponent I face is more than welcome to bring the “Air Attack,” to bring the flash but while you are down on the mat with “Daddy,” I’m gonna be straight. I’m gonna be “Old School,” and I am gonna kick your “New School,” butt. I will do what I do best………. Wrestle, in the tradition, in the legacy of the men who built this sport from the ground up.”

“Go to www.dory-funk.com and get your tickets for the show (!BANG! TV Taping) on September 2nd. Come see wrestling at its’ purest form.”

To see Shane Chung and Johnny Magnum in action and to see the complete “!BANG! Gang” on streaming video 24/7 and for more information on training and schedules, visit www.dory-funk.com or call 352-895-4658.Â