Home / Behind the Scenes / “The Grappler” will be honored this April

“The Grappler” will be honored this April 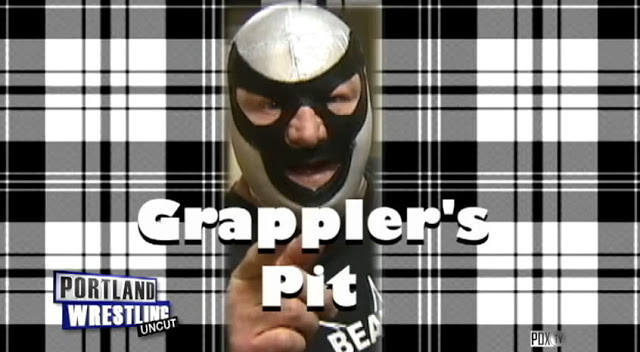 The Cauliflower Alley Club is pleased to announce that “The Grappler” Len Denton will be receiving a retired men’s wrestling award at the 50th annual CAC Reunion this coming April in Las Vegas, NV!

Len Denton worked early in his career under a few different monikers and wrestled all over the territories across North America. His first real push came in the Southern territories first capturing titles in the Mid-South promotion. In Memphis with a young Jim Cornette as his manager he was teamed with Tony Anthony as the Dirty White Boys. When the Dirty White Boys lost their hair in a hair vs. hair match Denton and Anthony donned masks and became Grapplers 1 and 2. Denton was Grappler #2. The donning of the mask actually made fans believe they were seeing a brand new team in the area. They achieved some success with this new gimmick, winning the AWA Southern Tag Titles and feuding with the Fabulous Ones. The Grapplers would eventually leave Memphis and travel to the Central States area winning tag team gold there as well.

At this point in their careers Anthony and Denton split up, with Anthony wrestling as The Dirty White Boy, and Denton taking the Grappler gimmick to Texas before eventually moving on to the Pacific Northwest. While Denton was wrestling there in the early 1990s, a local jobber named Bobbly Blair assumed the “Dirty White Boy” moniker, though he had no connection to Anthony.

During the late 1990s, Denton worked for World Championship Wrestling under his real name. Of note is his title match against the undefeated WCW United States Champion Bill Goldberg on the May 11, 1998 edition of Monday Nitro. Play-by-play announcer Mike Tenay described Denton as “a very accomplished veteran grappler.”

The Grappler was active as a Wrestler for and Operated as the President of the Booking Committee for the new Portland Wrestling from 2001 to 2006.

The Grappler announced his “return from retirement” on January 10, 2010.

Here are some of Len Denton’s famous matches:

Related ItemsCACGrapplerLen Denton
← Previous Story JJ Dillon discusses the creative side of wrestling
Next Story → Afa and Sika in the OWW Hall of Fame!