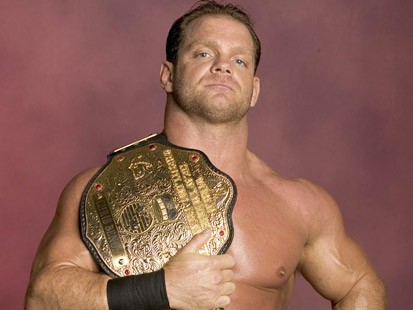 Editor’s note: I thought this was a really well-written, thoughtful column by Louie Babcock about a terrible moment in wrestling history.  Check out his website www.wrestleenigma.com for more wrestling coverage.

Before I dive right into Chris Benoit, it is important to have an understanding of what a concussion is, and how it affects people. Concussions are the most common form of brain injury, yet they are still widely misunderstood. Concussions occur when the brain strikes the interior surface of the skull. When a person’s head is rapidly moved, the brain inside moves as well. The brain is not stationary, so rapid movements cause the brain to sway inside. As the brain impacts the skull, bruises are formed, and the bruising is what concussions are, on a basic level. Once a bruise (concussion) happens on the brain, it is there forever. The brain is made up of nerve cells, and oddly enough, nerve cells do not go through cell division. Cell division is how all our other cells get repaired when they are damaged. Now since these cells do not get repaired, it is critical that a person not suffer more than one conussion in the same area of the brain. By injuring the same spot over and over, you begin to develop severe deficits that will affect how you live your life. This was the problem with Chris Benoit. It is my theory that due to Benoit’s style of wrestling, and signature moves he performed, made it very likely that he suffered multiple concussions in the same area of the brain.

June 24, 2007, wow has it really been that long. That night the ECW Championship was to be won by the Rabid Wolverine, Chris Benoit. At the time, we were told that Benoit would not be able to make the event. We were left a bit confused and also a bit skeptical. This announcement could easily have been a swerve, or it could have been an appetizer to a brand new story line. The following night on Raw, we learned that Chris and his family had died. There were more questions than answers, and we were left with a hole in our wrestling hearts. Another great talent in the business died far too early.

It was not until later in the month did we find out that something had happened to Chris that made him kill his family and then himself. The main stream media jumped all over this tragic tale stating that steroids were what made Benoit snap. Nobody seemed to consider any other options. At the time, I was just beginning my paramedic career, and I knew very little about brain injuries and the impact they have on the rest of your life. Now, after many more years of medical experience, I feel confident that the Benoit tragedy was because the brain in Chris’ head had suffered so much impact over his incredible career that he no longer was able to differentiate right from wrong, reality from fantasy. I am now going to take the opportunity that was given to me by EGW to teach what his brain went through and how it was the most likely reason for the events on that fateful night.

We all know that one of Chris’ trademark moves was the diving head butt. Even though he would not make head to head contact, he would still make impact with the shoulder and chest area of his opponent. Over time his body realized that his head was making constant impacts, and his body began to produce more calcium. Calcium is what our bones are made up of. The skull, which is the only bone in the body to protect the brain, built up calcium on the front of his skull. This calcium deposit, over time, provided extra strength to the bone itself so it would not develop a stress fracture. At this point, you are probably thinking that if the bone is stronger, then the brain must be safer. My friends you could not be more wrong.

Inside our skull lies the human brain. An organ that has more processing power than all the worlds computers combined. The brain is smaller than the skull and during times of cranial impact, the brain is able to move inside the skull. Let’s talk some physics for a moment. When Chris would go to the top rope he was approximately 13 feet higher than his opponent. He would then launch himself in the air and free fall down to the mat. On the absolute basic level of physics, Chris was falling back to the Earth at 9.8 meters per second. When he landed his body and skeleton stopped with him, however, for a few split seconds after his body had stopped his internal organs were still moving at 9.8 meters per second. The brain could contact the front of the skull and bounce back to hit the back of the skull and then the brain would go back to being still. In a nutshell, Chris’ brain was a bouncy ball inside his skull of a split second every time he hit that move. You may think a split second is not really much time at all, and I would say that in this case a split second would be about 1/10 of a full second. Think about the math for a minute, if Chris hits that move 10 times a week that is 1 second. Now look at how long his career was.

Chris began wrestling for Stampede in 1985, and his career ended in WWE in 2007. That is 22 years. Now I don’t know for sure when he implemented the diving head butt into his in ring move set, but just for the sake of argument let’s say he did it for half of that, 11 years. Wrestling has been known for its grueling schedule. Chris did suffer injury through his career so let’s just say Chris averaged 200 matches a year. I know that is probably on the low side, but I need a number for the rest of the calculations. At 200 times a year for 11 years, Chris would have wrestled 2200 matches. If he hits the diving head butt in each match, going by our previous formula, Chris’s brain is a bouncy ball for 220 seconds, which equates to 3 minutes and 40 seconds. Think about that for a minute. Picture your brain bouncing from front to back of your skull at a speed of 9.8 meters per second for almost 4 minutes. As the brain was making impact after impact, bruises were forming, vessels were rupturing, and synapses were ceasing to fire. Over time a brain with so much blunt trauma injury will not function like yours or mine. Two of the top symptoms of traumatic brain injury are personality changes and irritability. I think it is safe to say that Benoit suffered from both of these. During the autopsy on Chris, the Dr. is on record saying that Chris’s brain resembled the brain of an 85-year-old Alzheimer’s patient. With Alzheimer’s, you usually cannot even recognize your own immediate family. Chris was 40 years old and had the brain of an 85 year old. Does this excuse what he did? No. Does it give us a better understanding of what happened that night? I like to think so.

The brain, for the most part, is still a mystery to us. So much goes on there, and so much is yet to be learned. The entire world is now focusing on limiting brain injuries in their athletes, and we have seen that since the Benoit tragedy, shots to the head with chairs and big bumps are either eliminated or strictly curtailed.

Chris Benoit was one of the greatest performers in the history of the business we all love. We like to think of our wrestling heros as larger than life, and at times maybe even super human. Chris was human, and he was prone to human injuries. The brain, which holds all our memories and thoughts, also holds our future and potentially our fate. What do I think happened that night? I think his brain short circuited and led to the Rabid Wolverine being put to sleep.