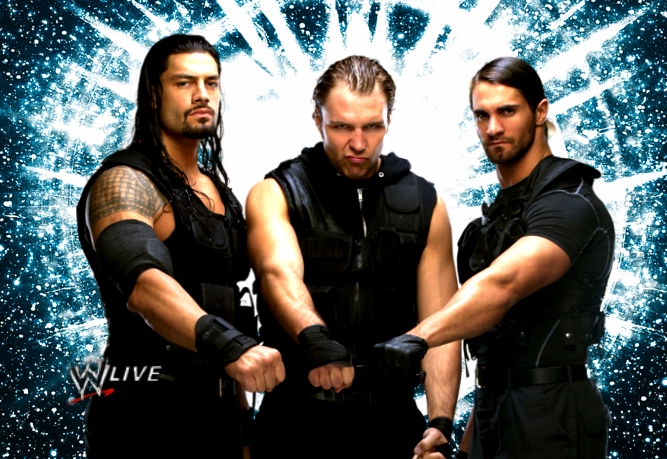 Editor’s note: This column originally appeared on http://www.wrestleenigma.com and was written by Justin Deagle.

It has been over a year of huge success for the most impactful three man unit the wrestling industry has seen in the last several years. The collective unit known as The Shield, comprised of members Dean Ambrose, Seth Rollins, and Roman Reigns have set the standard for modern era six man tag matches while continuing to evolve as individuals.

The recent trend for the tag team division has been to put two single stars together and hope that they find some sort of chemistry. The Shield were three of WWE’s top developmental superstars. WWE decided to take the risk of grouping these men together to debut at one of their biggest pay-per-views, Survivor Series.

Fortunately for WWE, their risk paid off as the three rookies took the wrestling world by storm. They have battled all the top superstars that WWE has to offer. Also, they have held their own in segments with legends such as Ric Flair and The Rock. But it was this Monday that solidified my belief that these guys are bound for individual success. First, it was their interaction with Hall of Famer Roddy Piper on a special edition of Piper’s Pit.

It is pretty clear that Ambrose is the best talker in the group. However, all three members of the faction have unique tendencies that keep them from being an afterthought. Seth Rollins, in my opinion is the most improved member of the group. He more than held his own on the microphone against one of the best current talkers in Dean Ambrose and one of the best of all time in Roddy Piper. Roman Reigns does not say much, but when he does, it is very impactful and believable.

As far as in the ring, Seth Rollins, Roman Reigns, and Dean Ambrose have set the bar tremendously high by revolutionizing the six man tag team match. Their hectic style and upbeat pacing of their matches were something that WWE had lacked for years. The trio has had great chemistry since day one and has that has only gotten better and better over the past year. In the past few weeks, they have all shown they are capable of having very solid singles matches as well.

Seth Rollins had perhaps his best singles match of his WWE career a couple weeks ago on Smackdown against the face of the company, John Cena. Roman Reigns proved he can go against another top guy in WWE in CM Punk. Ambrose had a few very good matches with fellow rookie and now Intercontinental Champion, Big E Langston. They can wrestle any style of match as proven by their debut match at the 2012 TLC pay-per-view against Ryback, Kane, and Daniel Bryan. Whatever the situation, The Shield has adapted to it and have found success doing it.

WWE has started to plant the seeds for The Shield’s demise over the past month. Thus, this will bring about the end of the dominant faction sooner than later. I recently spoke to David Buckler of Online World of Wrestling, and he noted how interesting it is that tag teams today are expected to break up eventually while back in the day, they had extremely long runs as a unit and never officially broke up.

Could I enjoy The Shield together for another year? I think so, but I think that we have to give credit to WWE, which a lot of people today have a tough time doing, because WWE did put a sufficient amount of the spotlight on the three men of The Shield.

They are all in a position to break out and make an immediate impact as solo superstars. I believe that the time is coming for WWE to pull the trigger on the inevitable dissension of the group, because if they do not, then they run the risk of The Shield being an afterthought, which would make it a lot harder for people to care about them as individual superstars when that time comes. In an article I wrote here a couple months ago, I said that 2014 is the year of Rollins, Reigns, and Ambrose, and, if handled correctly, there is nobody that can stop the trio from ascending to top of the WWE ladder in the next calendar year.

Hey, my name is Justin Deagle and I am from Brockton ,Massachusetts. I am a college student at Johnson and Wales University in Providence, Rhode Island headed towards a bachelor’s degree of science in sport/entertainment management. I currently work part time for the Providence Bruins of the American Hockey League, but I am an avid wrestling fan. I currently have my own podcast called the Irrelevant Opinions podcast on blogtalk radio and most of my guests are from the wrestling industry. I have been a huge wrestling fan all my life and plan on working for my local independent promotion in the summer.

Related Itemsshieldwwe
← Previous Story Celebrity Networth presents “The Richest Wrestlers in the World”
Next Story → Is Chris Jericho returning to the WWE soon?