Celebrity Networth presents “The Richest Wrestlers in the World” 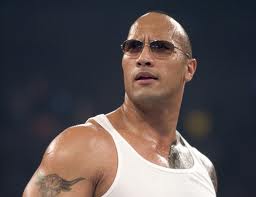 Who are the richest wrestlers in the world? For anyone whose parents say you’ll never make any money learning to take a folding chair to the face, immediately show them this list. Over the last 30 years, Vince McMahon has turned the WWE, formerly WWF, into one of most popular and profitable sports companies in the world. In the process McMahan has made dozens of wrestlers extremely rich. He also earned himself an astonishing personal fortune. Today, WWE Raw and SmackDown are consistently some of the top ten most viewed shows on cable television, attracting between four and six million viewers each week. WrestleMania XXVIII aired on April 1st 2012 and was the highest grossing event in the company’s history with nearly $70 million in pay per view revenues. But who are the richest wrestlers in the world? Which WWE stars are body slamming into a bed of cash every night? Scroll down for the full list of the richest wrestlers in the world…

***The figures contained in this list were acquired from all publicly available information including salaries, real estate holdings, divorces, record sales, royalties and endorsements. The final net worths come from a formula that takes out taxes, manager’s fees, agents’ fees, and lifestyle.***

The Richest Wrestlers in the World:

***Hogan lost an estimated $25 million in his divorce from ex-wife Linda Hogan. Linda was awarded 70% of the couple’s liquid assets, a 40% stake in all of Hulk’s companies, six luxury cars and millions more in property***