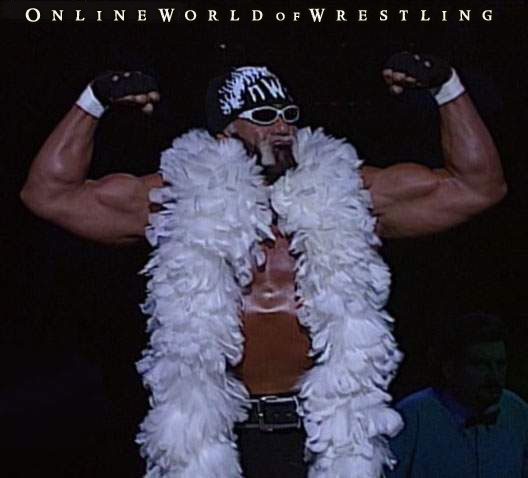 LAST week Hulk Hogan shocked the grappling world when he called for an end to steroid use in the sport and lashed out at the number of stars dying young.

The Hulkster also stoked interest by revealing he has raised $40million (Â£20million) of the $80-100million he needs to start his own wrestling federation and take on Vince McMahon’s all-powerful WWE.

Now, in part two of our exclusive interview, wrestling’s biggest ever name turns his guns on his former friend and boss.

Hogan slams the “compromised” McMahon and his “robot” roster, then reveals exactly how their relationship broke down.

He also has harsh words for fellow legend Steve Austin and those who he saw wrestling to “silence” at last year’s SummerSlam.

People are going to be very excited when they hear your plans to start your own wrestling promotion. Can you tell us any more?

If I can do what I want to do in the next few months then this will be bigger than anything ever done before in wrestling.

You’ve seen WrestleMania, the nWo, UFC, steel cages, PPV – but this is something completely different again.

Someone else gave me the idea and I said go ahead go and do this crazy thing.

It is something I would have never dreamed of. It would be like inventing an engine that runs on air that kind of an idea

Whether the guy can dropkick off the top of the cage or, like me, his boots never leave the ground – it’s about understanding what this business is about.

The best wrestlers, whether it’s a Hulk Hogan or a Rey Mysterio, are the ones who have psychology and can understand this business.

Do you think anyone can challenge the WWE’s dominance of wrestling?

If you look at the numbers when I was in WCW, we used to beat them every week.

We had three times the audience of Vince. He was facing bankruptcy.

Then AOL merged with Time Warner and said we do not want wrestling on our stations, and that was the end of WCW.

With all respect to TNA, the WWE is the only option people really have – but it is not at the level of the quality of programming that Vince usually puts out.

What don’t you like about the WWE product at the moment?

Sorry, what do you think it lacks then?

It lacks stars, it lacks consistency, it lacks quality story lines and it lacks anybody that understands the art form.

At WrestleMania, you were rumoured to be part of the Vince McMahon v Donald Trump match. Is that true?

I don’t know anything about that.

I know I was supposed to be the main event at WrestleMania either against Austin, Big Show or Khali

It is something they had talked about for a year, as it was the 20th anniversary of me slamming Andre The Giant at WrestleMania III.

The year before at the Hall Of Fame, Vince even told me: “Make sure you’re ready for WrestleMania 23 because it is 20 years since the attendance record was set in Detroit and we want you back in there as the main event.”

But you ended up not being on the show at all. What happened?

Last year, at SummerSlam, I fought Randy Orton – and me and Vince had some problems with the money.

Before SummerSlam, I was a little worried because instead of being a main event match I was on fourth against Randy Orton.

When I heard about the first three matches at the Fleet Centre in Boston and it sounded like a funeral.

And when I listened to the crowd reactions to those matches, it did sound like a funeral.

Then when my music came on it was like the old days people were stood up. It was electric.

Randy is a great hard working wrestler and we fought an old school style match.

That was the most exciting match I’ve ever had in the Fleet Centre.

I wrestled Sting in a cage – which was a great match in my opinion at least – but this one was better as after second-guessing I was like “oh my god, it still works”.

Then Vince went out with his son and wrestled Triple H and Shawn Michaels and it was dead against.

Cena went on for the main event, and people started leaving.

I felt bad when the night ended, as they should have put me on later, but it was the money that really got to me.

I swore I would never talk about the money again with Vince because that’s what we always argue about but when I saw the amount, it I was like that like one of my driver’s pay cheques so I had to say something.

He replied: “Well you’re not the only big guy any more, there are now 12 big guys.”

I said: “Well if that’s the case let me explain something to you, I heard the first three matches and nothing. I wrestled and I heard what happened.

“And then I heard your match Vince and nothing and I saw Cena and people were leaving. I had a hard time getting out the building because of all the people marching through.

“So who are the other 11 big guys you’re splitting my money with?”

Was that your last conversation with him?

No, we tried to get back on track for WrestleMania.

Vince called me up a few months later wanting me to wrestle his son Shane.

He was raving: “It’ll be exciting. Shane can bounce around for you. You can do anything. We really want to re-create WrestleMania 3.”

But I said: “How come not Big Show? How come not Stone Cold? Nothing against your son, but why Shane?

“You can re-create everything about WrestleMania III except the magic and probably my pay cheque right?”

And that was the last time I talked to him.

Recently Vince McMahon has had a female wrestler called Jillian Hall play the character of an awful blonde singer – which is obviously a dig your daughter Brooke. What did you think when you saw that?

I haven’t seen it myself but people have told me about it.

It’s the lowest thing you can do. Like talking bad about someone in high school.

If I have a problem with someone I talk about them. I don’t pick on their kids.

So if that’s what he’s doing then he’s desperate and defeatable.

Would you ever go back to the WWE?

Never say never, but I think it would be highly unlikely.

A lot of people are calling John Cena the new Hulk Hogan. He’s got the charisma, looks and he has held the title for a long time now. Do you think he could emulate your huge success?

If anybody can do it, he can.

I’ve talked to John and he’s got a real big head on his shoulders. He’s not jaded.

He definitely has the opportunity, simply because he keeps his options open.

He is not falling into that replaceable robotic cookie kind of character. He’s definitely the one guy that is smart enough to rise and has the talent to move on.

There are two dream matches that are always talked about. You against Cena and you against Austin. Any chance of either of those happening?

Well his claim to fame – rather than slamming Andre The Giant or beating Vince every week in the ratings – is that Austin v Hogan is something he’ll never let happen.

If Steve turned round tomorrow and said “I’ve changed my mind and I’d really like the fight to go ahead” – would you do it?

I don’t know. It depends if I was available.