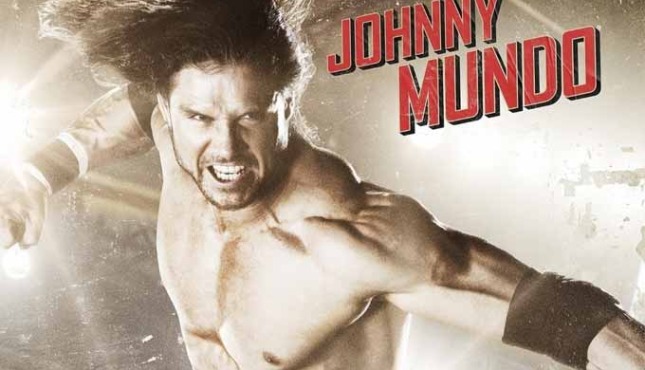 Lucha Underground’s Johnny Mundo recently took some time to participate in an exclusive interview with PWMania.com. The former John Morrison reveals his thoughts on Tough Enough, the differences between Johnny Mundo and John Morrison. He also opens up about his experiences with the WWE and its lasting impression and what he has gained with this new opportunity with Lucha Underground.
Check some highlights below:

The best way to describe Tough Enough is to just call it an opportunity. In my opinion its best opportunity any aspiring wrestler could possibly have. It’s a chance to learn from the best in the business and meet people who have achieved things in the business that usually take a long time and a lot of work to just be in the same room with. I think that it imitates what it’s like to be on the road and that you’re on Tough Enough and your walking on eggshells constantly everything you do in the ring, out of the ring affects who they select to win that show. I always thought it was a really cool show and I think it’s cool that they are bringing it back and its one of my favorite shows to watch. It’s always a little nostalgic watching that thing and me with Madcap Kelly up there with Al Snow and, Ivory and Bill (DeMott) was one of the most high pressured but also fun times of my life on Tough Enough.

Life after WWE & working the indies:

That’s one of my favorite things about working the independent circuit. Wrestling for me is always an awesome challenge because you have the opportunity to constantly create something new your canvas is always the  ring and there are similarities to every match that you have and what you do. But the canvas in independent wrestling is vastly different from show to show and what you are working is vastly different. On the weekend of June 6/7th, I was in Halifax (Nova Scotia, Canada) wrestling in the Maritimes two great matches Markus Burke and one against Titus. This weekend I’m going to Mexico to wrestle Rey Mysterio and Mistico and the styles couldn’t be more different. I’m imagining the crowds are going to be completely different and I like that. It’s cool, it’s never boring. Sometimes with the WWE you can get a little bit stale. Your travelling is usually with the same group and your generally working with the same person and the same type of match and it’s the same environment backstage. So professionally to go and get back out there I have control of my destiny and I have control of where I want to work, who I want to work with. There’s a lot more freedom for sure in my hands now on the independent scene and working with Lucha Underground.

Differences between the John Morrison character and Johnny Mundo:

Mundo can speak Spanish, that’s one. There’s a meme somewhere out there of Captain Picard hitting himself in the forehead saying ah, damn it. That time where a wrestler changes his name but not his gimmick. As Johnny Mundo I feel like I haven’t changed a ton from the babyface John Morrison gimmick that I started Lucha Underground with but I’ve just evolved to where we are now on TV, I am now a rudo which in English means bad guy and it’s been fun let’s put it this way Johnny Mundo now is darker and more sinister than John Morrison ever was.What is exciting to me is Lucha Underground feels like the opportunity to go even darker and have a deeper character than I had with WWE. It is there in front of me and I’m looking forward to doing it. To taking Johnny Mundo places athletically, emotionally, creatively that I never went with Johnny Nitro or John Morrison. I think people that have been watching it have been giving it good reviews and feedback on the character choices and as everything continues with Lucha Underground you are going to see Johnny Mundo slowly evolve into a very dark and villainous character.

Mundo also talks about his personal training style, Lucha Underground, working with Eric Bischoff, WWE and more. You can read the interview in its entirety at this link.