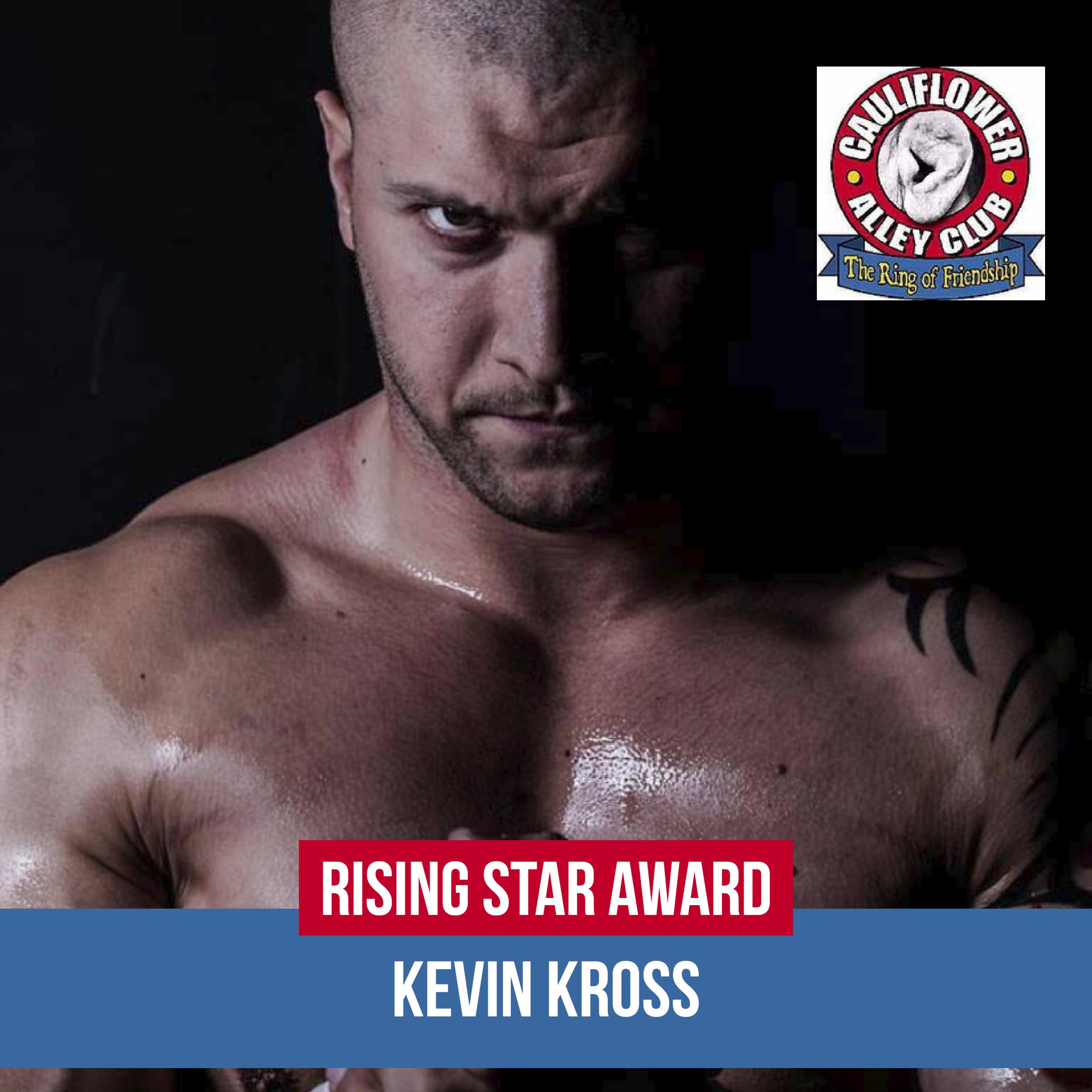 The Cauliflower Alley Club is pleased to announce that Kevin “Killer” Kross will be presented with the CAC’s Rising Star Award (formerly the Future Legend Award) at the 2018 CAC Reunion.

Here is some more information about this exciting wrestler:

“In the past 3 years, I have watched this individual grow at a record pace and rise above all students and workers in many organizations around the world. He is always the 1st in the building and last to leave, working on his skills way before any of the other workers arrive. He has worked alongside and with such superstars as John Morrison, Matt Hardy, Tommy Dreamer, just to name a few.  He brings the old school approach to storyline’s and actions inside the ring.

He has worked both as a heel and face (primarily as a Top Heel) within many organizations and has worked in dark matches for WWE in the past.

He brings dedication and professionalism to our sport and will also be interested in helping out our organization in the future.

When deciding to make this nomination I spoke with Former Future Legend and Women’s Wrestling Winner, Melissa Anderson about Kevin Kross. She has worked with him over the past few years also. I asked if I could use her recommendation she said ‘By all means, please’.”

“Kevin is an excellent choice because I really do see him becoming famous and well known as a wrestler in the future.”

Congratulations to Kevin Kross on this prestigious honor!

Related ItemsFeatured
← Previous Story Baron von Raschke to be Honored By the CAC
Next Story → Merry Christmas from Online World of Wrestling!