Home / Podcasts / Kevin Thorn- why he had heat with Vince

Kevin Thorn- why he had heat with Vince 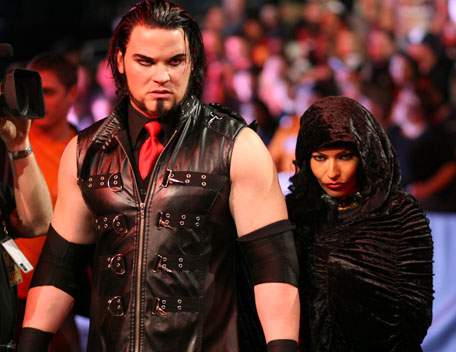 KEVIN THORN REVEALS WHY HE HAD HEAT WITH VINCE MCMAHON, WWE’S ORIGINAL PLANS FOR THE NEW ECW, THOUGHTS ON A THORN/ARIEL REUNION, AND MORE By WorldWrestlingInsanity.com

From his Holy Days of Mordecai to his Dark Days of biting Ariel, Kevin “Seven” Thorn has gotten plenty of attention.  Now he discusses the highs and lows from his entire career, leaving no topic off-limits.  Kevin heads to  ClubWWI.com and speaks in-depth with James Guttman for nearly an hour in another thought-provoking interview you’ve come to expect from ClubWWI.  Thorn talks about a ton of topics from other wrestlers trying to drive a wedge between him and Shelly “Ariel” Martinez to worry when WCW debuted “Seven” for Dustin Rhodes… even though Kevin was already using it on the Indys plus tons more.  For a full list of topics head to: www.worldwrestlinginsanity.com

Fans of Kevin Thorn remember him for his Gothic look and vampire persona, but few realize how that character came about.  For years he had played biblical characters intent on punishing people for their sins.  As the evil Seven, he attacked those who broke the seven deadly sins.  As the Heavenly Moredcai, Thorn brought an Old Testament approach to retribution.  Thorn reveals the inspiration behind gimmicks like Mordecai and Seven, but as the blood-sucking Kevin Thorn, he veered into an almost Science Fiction-like direction.  It was no accident and actually done by design.  He explains why to ClubWWI.com listeners.

It wasn’t, though.  Kevin’s run as the gothic warrior lasted longer than he or, as he thinks, WWE expected.  Thorn talks all about ECW on ClubWWI.com including the original name he wanted to use, how WWE changed it, the real problem with ECW, going into the first show with heightened expectations, the stars who came through the early days of the brand, working with the ECW Originals, and more.

When it comes to the head honcho of WWE, Vince McMahon, Kevin pulls no punches.  He speaks about his respect for the owner and the intensity with which he runs the company.  However, he also points out that McMahon is, in many ways, “crazier than sh*t.”  He tells an amazingly insane story about a backstage blowup with McMahon that lead to his new outfit – which fans have to hear to believe.  The ups and downs he described between him and Vince in his ClubWWI.com shoot were shocking, but Thorn thinks he might know at least one reason why his presence made McMahon so livid.

“Dusty (Rhodes) – I have a great amount of gratitude and respect for him.  He was always the one, even in ECW, who stood up for me.  He finally got to a point where he told me, ‘I gotta quit going to bat for you with Vince.  Because I keep giving him these great ideas and I think Vince hates me so it’s hurting you. (laughs) I think Vince thinks I have great ideas and he doesn’t want to say I do so he’s not going to use you’  And it’s funny, because when Dusty stopped saying my name is when they started using me again.”

Another big part of Kevin’s ECW run was his manager Ariel (Shelly Martinez).  He describes his brother-sister relationship with her, how many wrestlers tried to drive a wedge between them, why they did that, what he warned her about and more.  Of course, James Guttman asks the question that most ClubWWI members want to know – any chance of a Thorn/Shelly reunion?

“I’d love to. I just think it comes down to if a promoter is gonna spend the money on having two people come in – a valet and a wrestler.  I think that’s the biggest thing.  We did two things out in Germany and the guy bankrolled because of us.  We did some autograph signings last year around this time and the people who brought us in bankrolled because of us.  We had that following out there and kind of became the pop icons of our time period. People really dug the entrance.  They dug everything about it.  It comes back to that marketing.  We didn’t want to be generic.”

There are tons more topics discusses in this shoot that you can’t miss including the end of “paying dues” in wrestling to thoughts on NXT to advice to young stars and more.  For those wishing to keep up to the minute on Kevin’s upcoming events including the upcoming shows for World Wrestling Today (WorldWrestlingToday.com) and WFX, you can go to Kevin’s site – Seven-Thorn.com.