Home / Podcasts / Other Wrestling Podcasts / Koko B. Ware talks about his start in WWE

Koko B. Ware talks about his start in WWE 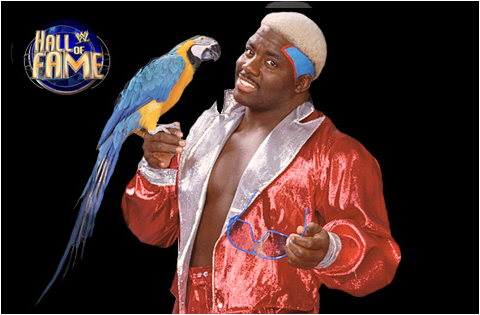 Koko B. Ware – the 2009 WWE Hall of Famer – stopped by Under the Mat Radio to discuss his feelings on a few topics such as his start in WWE, Piledriver album, The New Day and so much more! You can listen to the full interview below; here are some of the highlights:

Koko B. Ware on the status of Frankie:

“Frankie is at home, actually we got to backup a little bit a bad tragic thing happened a few years ago. I do have Frankie Jr now…the original Frankie was caught in my original house that caught fire. Every time I go home the new Frankie Jr is like a carbon copy of the Original Frankie.”

Koko B. Ware on how he helped Hulk Hogan:

“I worked out with Hogan and Beefcake when I saw them they were Terry Bolder and Eddie Bolder at the time. I worked out with both of them, because Hogan wanted to do some things..He wanted to learn to dropkick and all this stuff, I told him you too big to do a dropkick it’s ok if Beefcake does. I took them to a little old barn in Tennessee (this man had a little ring behind his house) and worked with them. See Hogan not going to ever tell this story because he don’t want people to know another African American helped train him.”

Koko B. Ware on helping The Rock not quit on the business:

“I knew the Rock since he was a little itty bitty kid, he used to ride in the back seat when me and his dad (Rocky Johnson) would go around the Memphis territory. When the Rock came down here from Miami he was a big, pretty, good looking young man and he was so depressed about not making no money in the wrestling business. When they had him down there in Memphis, Tennessee he was starving to death and one night he was stretched out on the couch and said I’m going to go get me a real job and I told him Dewey keep working out and go to New York (WWE). Dewey said I know but my dad already been up there and burnt all bridges and I told him Dewey you get a change go up there u aint like your dad they going to treat you like your dad go up there and keep your mouth closed…”

Koko B. Ware also discuss who got ribbed a lot in the 80’s, his honest thoughts on Bill Watts, his gospel group ,  on people thinking he don’t deserve to be in the HOF and much more in this exclusive 90-minute interview on Under the Mat Radio