Launch of “Batista vs. Cancer” 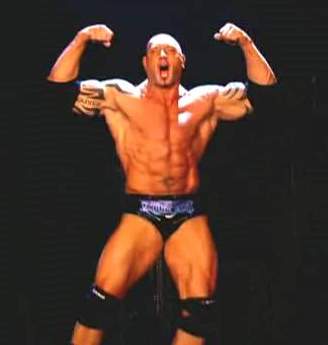 The “Batista vs. Cancer” video was shot and filmed over the past two years, and contains footage of Dave in “Our Nation’s Capital” Washington D.C. (in front of The White House and Lincoln Memorial), in New York City (the middle of Times Square and Madison Square Garden), along with many other famous locales, in addition to containing footage of Dave working out, training with Affliction, and competing in a wrestling match against a masked heel (“Cancer”).

“I made this for my wife. I’ve watched her suffer for years and go through this treatment. Anybody who knows that if you’ve had a loved one that you’ve watched go through treatment for cancer, they’re fighting for their life. You’re just helpless, there’s absolutely nothing you can do. I’m a fighter. It kills me to not fight something. And so I was trying to think of some way that I could help. That’s what I did. We are putting up this fight for everyone who’s got cancer. I want people to help and get involved in this, whatever they can give, whatever they can donate. It doesn’t matter. There’s no such thing as a donation that’s too small. We want everyone in this fight. This is the best I could do to really help Angie and show that I was in the fight with her,” said Bautista in his exclusive comments given to “Your Home of Wrestling Radio.”


Head on over to the official website of the Ovarian Cancer Research Fund (www.ocrf.org) to make a donation right now. South of France Natural Body Care has officially joined forces with “Batista vs. Cancer” by giving the first charitable donation, and have created the perfect way for you, the fans, to assist Bautista in helping to raise as much awareness as possible for OCRF.

“Good Health Natural Products and South of France Natural Body Care are dedicated to making healthier-for-you products. This is why we’ve packaged our newest product line, Spa Naturals, in recyclable plastic containers that are free of harmful BPA & Phthalates that have been linked to cancer and other ailments. We are proud to partner with “Batista vs. Cancer” to help with the lifesaving work going on at the Ovarian Cancer Research Fund (OCRF). In addition to our initial donation, we will donate $1 to the OCRF (on top of a 15% discount on the purchase) for ever Spa Naturals web sale in 2010 that uses the promo code STOPCANCER,” says Candace Kaufman, Director of Marketing for Good Health Natural Products and South of France.
South of France Spa Naturals couples natural, safe ingredients with affordability; allowing the everyday consumer the opportunity to choose natural skincare without breaking the bank. The Spa Naturals skincare line includes a facial bar, cleanser, scrub, mask, and moisturizer, all of which are available in Energizing Citrus Mint, Refreshing Orange Ginger, and Soothing Cucumber Aloe scents. Spa Naturals is available exclusively at www.sofspanaturals.com. Your life is complicated enough; your skincare doesn’t have to be.

To listen to Dave’s exclusive interview and to hear the official launch of “Batista vs. Cancer,” log on to www.mondaynightmayhem.com.

If you or someone you know has been effected by cancer, please donate as generously as possible. Let’s support Bautista, his ex-wife Angie, and others impacted by this deadly disease. Here’s to a cause worth fighting for!