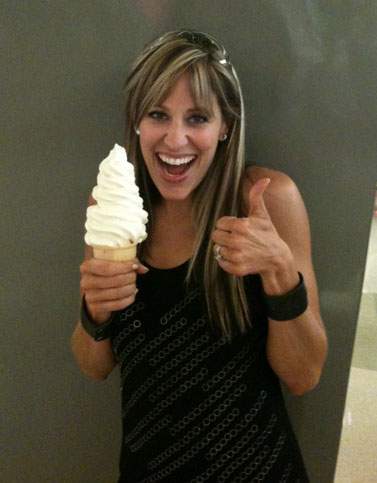 Lilian Garcia Discusses Her WWE Departure, Her Expectation Level When Starting With World Wrestling Entertainment, How She Almost Chose To Not Show Up To Her WWE Audition, If She Initially Thought She Would Have Lasted As Long As She Did With The Company/Been As Successful As She Was, Why Tony Chimel & Howard Finkel Were Instrumental In Her Success, The Criticisms Given To Justin Roberts/WWE’s Other Ring Announcers, The Impact Of Singing “America The Beautiful” On SmackDown After The 9/11 Attacks, “The People’s Strudel,” Why She Wants More To See More TV Time Given To The WWE Divas, The Transition Into The Next Phase Of Her Life/Career, The Details Of Her Forthcoming Album, & Her Appearance At This Weekend’s Chicago Comic Con

Lilian joined The Big Mosh & Jimmy Noonan for her debut on “Your Home of Wrestling Radio” (to promote her forthcoming appearance at this weekend’s Chicago Comic Con), which is now available in Windows Streaming Media or via Monday Night Mayhem’s official Podcast on iTunes:

Why, in the end, she decided to leave World Wrestling Entertainment last September & what/whom she misses the most: “There’s nothing like having that one-on-one interaction with them: every time we’re out there, being able to hi-five & hug people. It’s just an amazing feeling. I miss some of the travel, I’m not crazy about all of the travel. Some of the places we went to were a lot of fun, especially when went overseas. I love Europe, and I love to experience different cultures, so I would definitely take advantage of the sightseeing. What I don’t miss is the airports & the hauling of the luggage. That kind of stuff wears on you, and when you do it ten years straight, it does wear on you. That’s why I have a lot of respect for all of the Superstars, because I didn’t have the grueling schedule that they would had of 300+ days a year, so I have respect for those who can do it and be away from their families. I really missed being away from my family, and that was one of the decision I made. When my contract was up, I was like do I sign on for a new contract, or do I really want to take the time to be with my family & my new husband, and I just made that decision that it was time.”

Her transition into the next phase of her life/career & the reason as to why she wanted to take time off: “It’s been a year since I left. It almost feels like right around the corner, and I can’t believe how time flies. So much has happened since I left. Actually, after I left on the 21st of September, I got married on the 28th of September, which was on a Monday, so it was ironic that I got married on a Monday. I went on a long amazing honeymoon and spent time with the family. I just took time off because I had been on the road for ten years straight. I did some work in Los Angeles, and a lot of doors starting opening up for me in L.A., so we made the decision to move to Los Angeles from New York, and we left in May. It’s just a fresh start & a new chapter in my life.”

Her expectation level when she started working for the WWE in 1999, how she almost chose to not show up to her WWE audition, why Tony Chimel & Howard Finkel were instrumental in her success, and if she initially thought she would have lasted as long as she did/been as successful as she was in World Wrestling Entertainment: “No, not at all. I’ll be honest with you, I had no idea what I was walking into, and I almost didn’t do the audition. I was called to New York to audition, and I looked at him and said ‘Are you kidding me…wrestling?’ He didn’t tell me what it was for, because the WWE didn’t tell him. I auditioned for a backstage interviewer for Super Astros, which was going to be on Univision, but I didn’t get it. It wasn’t until six months later that I got another call back, and they remembered me, and they needed people for SmackDown before it premiered. I auditioned again, and they called me, and they wanted to try me on for 1-3 months, and that I could leave at any time, and I was thinking I had nothing to lose…I’ll try it out. I went to my first show to find out that I was ring announcing that night, and Tony Chimel was there, and he sat with me and told me what I supposed to say. Between Chimel & Howard Finkel, I can’t thank them enough, because they could have easily sabotaged me, but they were so helpful, and I will never forget that.”

If she ever felt that the WWE Divas were not utilized properly during her time in the company & why she would like to see the Divas get more time on WWE television: “I always wished the Divas had more time on the show, because a lot of times, they get one match on the show. I see them working so hard, and they live & breathe this business just has much as the guys do. It depends on the writing, and the storylines, and ratings, and all of that. I could say that I wish they had more time, but I’m also partial to them too. I think it’s a great job they do week in & week out, and it’s not easy to write all these storylines & all these different ideas. I think the WWE does a good job on that, but of course personally, I would love to see more of the Divas going against each other.”

The bonds she formed during her time in the WWE, which WWE Diva she classified as her “best friend” (that she was sad to see go after her departure), & her reaction to the passings of Eddie Guerrero & Chris Benoit: “I guess every situation in different for everybody. I never felt outside the loop, or because I didn’t take bumps, I didn’t have anyone to comfort. I had a great camaraderie with all the superstars and especially all the divas. We had an amazing locker room throughout the years, and I saw a lot of people go in & out, which is sad, because I would form these really big bonds with a lot of them. Trish Stratus would be an example of one; we would travel together, and we were best friends, and when she left, I think I cried more than she did. I always felt like I had someone there, and I remember when we got the news about Eddie Guerrero & Chris Benoit, it was sad, and it was like a family atmosphere, and I remember hugging everybody. I had a great relationship with everyone.”

More is contained in this exclusive interview with the WWE’s first & only “Decade Diva,” including her candid thoughts/comments on returning to the company for one night only this past April, the criticisms given to Justin Roberts & the newer ring announcers since her departure, her relationship with Dawyne “The Rock” Johnson/the memorable “People’s Strudel” backstage vignettes, singing “America the Beautiful” on SmackDown after the 9/11 attacks, her top moments/matches from her time in the WWE, an update on her forthcoming musical projects (including when fans can expect to see the release of her new album), & how she plans on celebrating her birthday this Thursday. For all of the details on how you can meet Lilian Garcia this weekend in “The Windy City” for the Chicago Comic Con, be sure to log on to her official website (located at www.LilianGarcia.com), and be sure to follow Lilian on her official Twitter page (located at www.Twitter.com/LilianGarcia).