Home / Indies / Matt Hardy to appear at this weekend’s Ring of Honor event!

Matt Hardy to appear at this weekend’s Ring of Honor event! 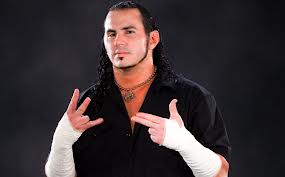 David Dexter is reporting that international superstar Matt Hardy will appear at Ring of Honor’s “Death Before Dishonor X” this weekend!  Hardy paid Ring of Honor a surprise visit in Charlotte, NC during “Caged Hostility” to check out all the competition that had come up since he last appeared here back in the summer of 2005.

Intrigued by what he saw, Hardy expressed an interest to come back and check things out again soon so ROH officials invited him to come back anytime. Still, they were shocked at just how soon he meant! After a phone call last night, plans were very quickly set in motion and we here at ROH are very excited to announce that THIS Saturday night at “Death Before Dishonor X”, Matt Hardy will be in the house!!!

The line-up for the event is already quite jam packed, so Hardy will not be competing, but has promised to sit-down prior to the start of the event for an autograph signing with the great Chicagoland area fans at the Frontier Fieldhouse!

Last time Matt was there was at “Punk: The Final Chapter” in August 2005 when Roderick Strong defeated Hardy in the center of the ring so he has told ROH officials he is quite excited to see those fans again.