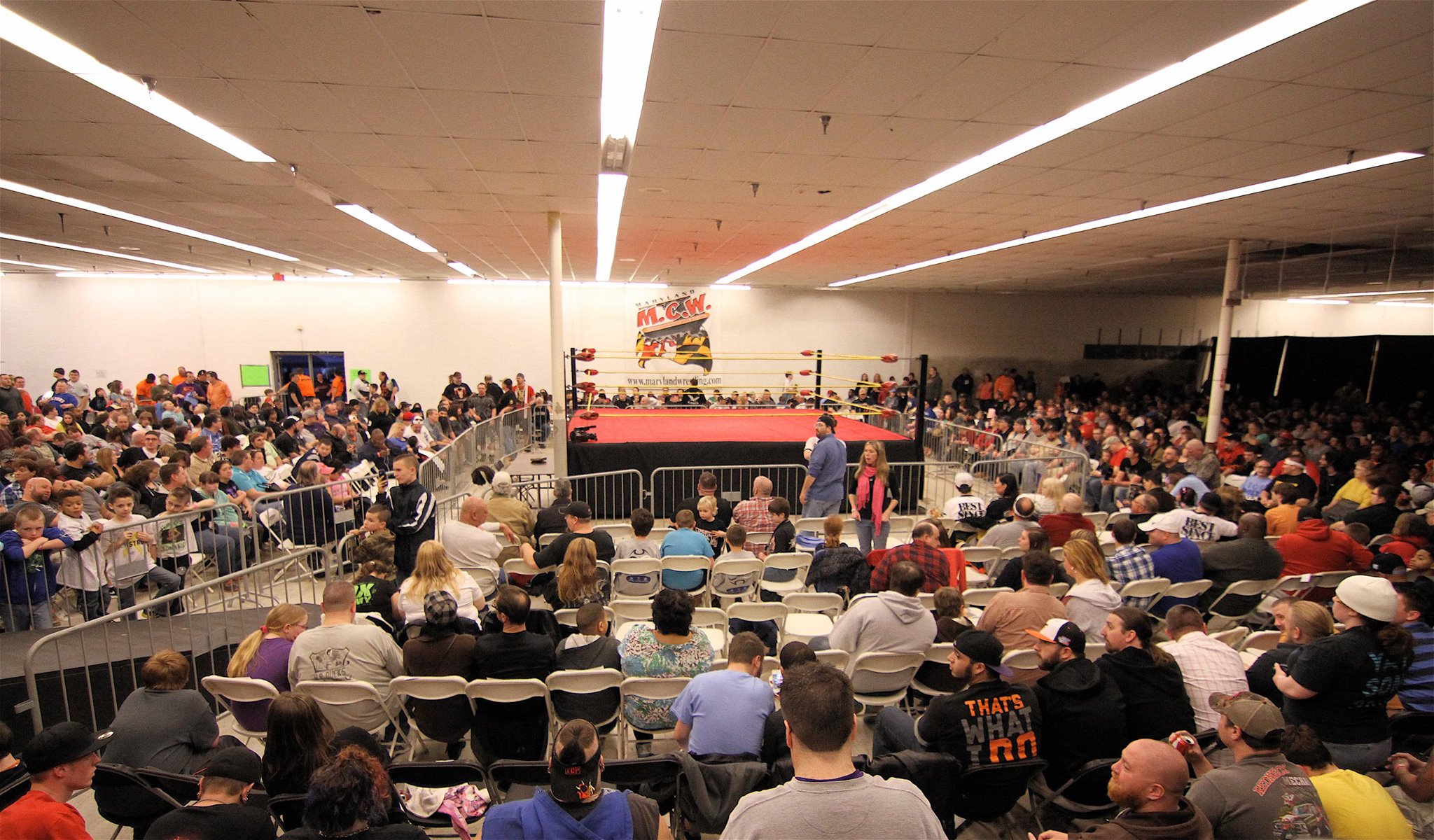 Over 1,200 People jam packed the building to a near turn away crowd. 1,000 Chairs were filled and several hundred were left Standing Room Only.

Jake “The Snake” Roberts, Adam Flash & Ronnie Zukko defeated J.P. Callahan’s team of Mustafa Aziz Daniels, Mitch Miller & Paul White when Jake hit the DDT on M.A.D and of course put the snake on him after the match.

One of the most amazing events took place right after the main event. Jake took the microphone and asked if he could have 5 minutes of the peoples undivided attention. Not one single person left the building and Jake delivered a very heartfelt message to the fans about his struggles, his support system and his love and appreciation for them for continuing to believe in him and care about him.

For more information on the next MCW Event visit our official website www.marylandWrestling.com