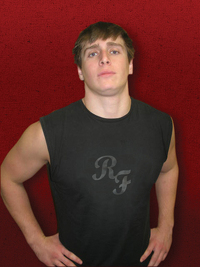 Reid Flair, the youngest son of WWE Hall of Famer Ric Flair, has passed away, PWInsider.com has sadly confirmed. He was only 24 years old.

Reid was seen in the latter days of WCW, where both he and his father had heads shaved as part of an angle where Ric feuded with Vince Russo. Reid later began training as a pro wrestler under Bobby Eaton and George South, but personal issues, including a heroin arrest, sidetracked what was expected to be instant stardom for Reid, who had an excellent amateur pedigree.

At one point, he was slated to debut with Ring of Honor when the promotion was owned by Cary Silkin, but the arrest caused ROH to back off on those plans. That led to the beginning of the end of their relationship with Ric Flair.

Since then, there had been talk of Reid going to WWE developmental and the company had taken a look at him, but didn’t sign him to a contract. He had worked in All Japan this past January and was slated to make appearances with Ric this weekend in Maryland.

Our deepest condolences to the Flair family during what can only be described as a tragic, sad day.