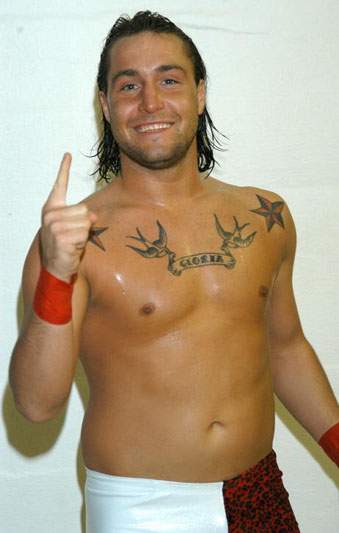 Pro Wrestling Ohio airs the most action-packed sixty minutes in wrestling on the official television home of the Cleveland Indians, Sports Time Ohio! PWO provides a steady stream of action with new episodes premiering bi-weekly, and several rebroadcasts scheduled in the interim so fans have multiple chances to catch PWO TV. Sports Time Ohio is available in over 4 million homes on cable television throughout Ohio and into parts of Western Pennsylvania. Sports Time Ohio is also available NATIONWIDE to satellite dish subscribers of both DirecTV and Dish Network. If you are a dish subscriber and do not have Sports Time Ohio on your line-up and want to be part of the PWO experience, call your satellite provider today and request Sports Time Ohio be added to your line-up, as STO may only be available on select satellite sports packages depending on your location in the United States. For more information on PWO TV’s availability, visit www.pwowrestling.com or www.myspace.com/prowrestlingohio.

Currently scheduled for the broadcast:

Josh Prohibition & Johnny Gargano vs. Marion Fontaine & Josh Abercrombie
Recently, “Mega Star” Marion Fontaine became the victim of the numbers game when outside involvement from Johnny Gargano and Lexi Lane cost Fontaine his match with Josh Prohibition. Fontaine knew he had to enlist some help, and after consulting his very bizarre and charismatic advisor “Macho Grosh”, Fontaine emerged with an old friend, and someone he can certainly relate to: Former MTV star and competitor known all across the United States, Josh Abercrombie. Abercrombie and Fontaine were last seen charging to the ring, looking for a fight when our last broadcast went off the air, and now they’ll finally get what they want. The numbers will be even as the most unstoppable duo in PWO today Josh Prohibition & Johnny Gargano, with Lexi Lane watching their back, do battle with Marion Fontaine & Josh Abercrombie, with Macho Grosh watching their back. Will the mustached megastars be able to avenge Fontaine’s prior singles loss or will the Prohibiton/Gargano alliance find another way to escape on top?

Vincent Nothing Makes His PWO In-Ring Debut
Recently, Vincent Nothing made a huge mark on PWO and made a major statement at the expense of one of it’s biggest stars. Nothing, who was not under contract to Pro Wrestling Ohio, appeared out of the crowd, brutally assaulting the giant Jason Bane in the middle of Bane’s match with “Amazing” N8 Mattson. Nothing made it very clear that he was not about to be overlooked and was none to pleased that the phone call from PWO to offer him a spot on the roster never came. Nothing intends to prove he is more than just a tag team wrestler, that he can dominate the Ohio wrestling scene once again, just like he dominated Cleveland’s tag ranks for over one year. Nothing makes his PWO debut against Michael “The Bomber” FaÃ§ade, a graffiti enthusiast and self-described “Suburban Terrorist”. How will Nothing fare in his first outing against the tough competition of PWO? And how will Jason Bane react when he’s in the same building as the man who assaulted him for the very first time?

Gregory Iron vs. Virus Grande
Gregory Iron scored the biggest win of his career in his first match back from a life-threatening concussion, cleanly pinning the man many call the future of pro wrestling in Ohio, Johnny Gargano. Since that time, we’ve learned of Greg’s difficult upbringing. From coping with cerebral palsy, to dealing with abuse and drug use in the home, rather than destroy him, Iron has used adversity to make himself stronger. Through it all, wrestling has always been Iron’s driving force, and it seems now his career has finally turned a corner. However, one man who intends to stop Iron’s recent swing of momentum is Virus Grande. He and partner Virus have spent the past several weeks tormenting “Bloody” Morty Rackem, severely injuring Rackem’s tag partner, and also stealing his priceless heirloom swords. Will Virus Grande be able to steal a victory over Gregory Iron? Or will PWO’s most inspirational star go when step further to seeing his dreams come true?

Cronus in Action
He has been, quite simply, indestructible since his PWO debut. The near limitless brawn and power of the monstrous Cronus, mixed with the diabolical greedy mind of Agent Aaron Maguire has led to one of the most dangerous combinations in recent times. Maguire has stated Cronus is so dangerous, he’s had difficulty finding opponents willing to sign their name on the dotted line to face his charge. Well, this week, Cronus will be matched up against two. Young competitors Benjamin Boone & Bobby Beverly have signed on to the task, but have they signed their death certificates in the process? Agent Aaron Maguire unleashes Cronus wants again, and when Cronus gets competition, Maguire gets cash.

M-Dogg 20 Will Be In Attendance
“The Innovator of Aerial Insanity” M-Dogg 20 Matt Cross has been battling a very serious leg and groin injury in recent weeks, but has informed PWO officials that although he is not yet cleared to compete, he’s going to make an appearance at our next television broadcast. Rumors circulate he may be there to support Gregory Iron, whom M-Dogg has aided in the past when it came to Iron’s troubles with mutual rivals Josh Prohibition & Johnny Gargano. What does M-Dogg have planned this week? And how will the rest of the PWO locker room react?

Morty Rackem in Attendance
“Bloody” Morty Rackem will join us with comments pertaining to his recent troubles with Virus & Virus Grande, the status of his tag team partner, and what the future may hold. What message will the bloodthirsty pirate give to the men who stole his most prized possessions?

Tune in the weekend of January 26th for all that and more! Remember, Pro Wrestling Ohio is only available on Sports Time Ohio! If Sports Time Ohio is NOT part of your DirecTV or Dish Network package, no matter where in the U.S. you are, call your satellite provider today and demand STO! Check local listings or www.sportstimeohio.com for times!

PWO LIVE
Pro Wrestling Ohio makes its return to the Lakewood Masonic Temple on Saturday night February 9 with action and excitement featuring your favorite stars from PWO TV on Sports Time Ohio. This WILL be a television taping for Pro Wrestling Ohio on Sports Time Ohio so this is your chance to be seen on nationwide television and to catch the action up-close and in-person and before the television viewing audience has a chance to see it! Bring your signs and banners, and be prepared to show our television audience why the best wrestling fans in the world are in northeastern Ohio!

Doors open at 7 p.m., with a scheduled 7:30 p.m. belltime. This event emanates from the lavish Lakewood Masonic Temple, located at 15300 Detroit Ave. in Lakewood, Ohio. Tickets are only $15 front row, $10 General Admission in advance, $12 GA the day of the show. Tickets are ON SALE NOW at www.PWOwrestling.com. This show is proudly sponsored by Westside Metals Corp. and Eastside Metals Corp.
Firestorm Pro January 27th Cleveland:

Coming off our exciting historical first show “Destroy Erase Improve”, Firestorm Pro is proud to invite you personally to “Forever Standing United”. We personally guarantee you the best show in the Cleveland Area. Combining the best talent from the Cleveland and the surrounding cities.
NWF Wrestleblast â€˜08 This Saturday:

Tag Team Title Match
The Thugs (c) vs. Tap or Snap
InGe is banned from ringside

Tag Team Challenge
Benjamin Kimera & Anthony Bryant vs. The Hippies and more!
Hybrid Wrestling Accepting Promo Packages:
Currently, Hybrid Wrestling is searching for fresh new talent to join our family. Hybrid Wrestling encourages those interested in pursuing a career with Hybrid Wrestling to send a promo package for review. When making this package, please remember to include:
Resume: Your vital statistics, who trained you, contact information, where you have worked, how long you have been working. Photo: An 8Ã—10 profile photo. Video or DVD: Please include at least 2 matches in their entirety.

Thank you for your interest in Hybrid Wrestling. We look forward to hearing from you.
PROHIOWRESTLING.com