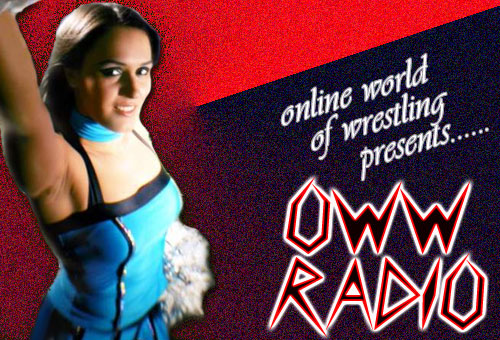 If you missed Tuesday September 21st edition of the Online World of Wrestling Radio with host Alan Wojcik, including interviews with former TNA Knockouts Traci Brooks and Cheerleader Melissa, here are the highlights:

***Alan was joined all evening long by Otaku Talk Live & Wrestle Talk Radio’s SPUG & MASE. Right at the open they were joined by Knockout #1 the lovely TRACI BROOKS who talked about joining TNA Wrestling in 2003, the major changes she witnessed, who was her favorite person to manage, her Playboy Magazine experience, her love of Dancing with the Stars and what is going wrong creatively with her former employers. For cool stuff and public appearance info checkout her Facebook profile under Traci Brooks.

***Following a break the guys recapped Sundays Night of Champions PPV & fallout on Monday Night RAW, would they run the Hell in the Cell PPV in 2 weeks, Matt Hardy’s career issues as they grow bigger by the day, Raw’s worst Nielsen rating of 2010, WWE & TNA running in NYC within two days of each other, a recap of iMPACT as we get closer to Bound for Glory 2010 and why TNA ran the iMPACT main event longer than you DVR would record.

***OWW Radio is all about the WWE, TNA, & ROH coverage but we love independent wrestling companies as well. Check out www.wrestlingforacause.org for fundraising events happening this weekend in Orlando. All-Stars Wrestling’s “EMERALD EMPEROR” SIMON SEZ called in to discuss this Friday’s All-Star’s Anniversary event.  Please log onto www.aswflorida.com for the entire rundown and be sure to watch the new ASW Chain Reaction show.

***Knockout #2 CHEERLEADER MELISSA wrapped up the evening by taking fans through the TNA Creative process with Raisha Saeed & Alissa Flash, working with Awesome Kong and fellow TNA Knockouts, what Saeed was really saying at ringside to the fans, playing a Muslim character in today’s political climate, her favorite matches with Shimmer and Chickfight, the evolution of her character, walking rookies through a WWE/TNA tryout and her upcoming appearances. Log onto www.cheerleadermelissa.com or find her on Facebook and Twitter address she mentions during her interview.

You can also get this and other past shows, by logging onto www.clickwrestle.com/podcasts/owwradio. ClickWrestle Video On Demand is also home to thousands of matches from around the globe. The show can also be found on iTunes http://itunes.apple.com/us/podcast/oww-radio/id334739148?ign-mpt=uo%3D4. Best part its FREE!!

Coming soon: The History of… with Tim Stein and the return of Fire on Ice (NHL talk) plus on October 5th Johnny Kashmere & Matt Walsh will host their new program “Mind & Body with Matt & Johnny” at