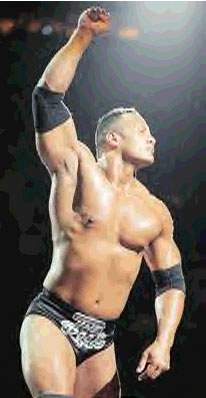 If you missed the Tuesday February 15th edition of the Online World of Wrestling Radio with host Alan Wojcik and contributors from Wrestle Talk Radio/Otaku Talk Radio’s Spug & Mase plus Kevin K . Scott of Under the Ring, here are the highlights:

The owner & operator of The History of WWE website Graham Cawthon stopped by to talk about the site and its work with Kayfabe Commentaries on its Timeline series, the background on his amazing website’s construction, the history of the Elimination Chamber & more.

Kevin joined the show to discuss the shocking return of Dwayne “the Rock” Johnson, including a dissection of his 20 minute promo, should the Rock face John Cena at WrestleMania 27, plus gave predictions on the two Elimination Chamber matches and the WWE Championship matchup on this Sunday’s PPV.  The segment ended by finding out our contributors last hopes of whom the 2/21/11 edition of Raw’s mystery guest is: Undertaker, Sting or a totally new character. Log onto the Wild Talk Radio website to see a column Mase wrote on the Rock’s return to the WWE.

Graham’s website is located at www.thehistoryofwwe.com and must be seen to be appreciated.

After a commercial break, the contributors broke down last Sunday’s Against All Odds PPV that saw some questionable finishes and offensive storylines including Brother Devon’s teenage sons being assaulted by Bully Ray and custody of the Angle children on the line. Also on the topic list included a breakdown of TNA from Against All Odds 2010 until now for the creative arc for Mr. Anderson, RVD, Desmond Wolfe, Samoa Joe, Kurt Angle and others. Each contributor offered a way to get TNA on track to success. Needless to say the TNA offices will be listening and hopefully calling in to offer their opinion.

Kevin’s TNA column is featured on “Under the Ring” which is featured on www.poughkeepsiejournal.com along with fellow OWW Radio contributor Phil Strum.

In addition to Mr. Lagana, Alan announced on March 8th former WWE/NWA/AWA World Tag Team champion Road Warrior Animal will be our featured guest to discuss the release of his autobiography “the Road Warriors: Danger, Death, and the Rush of Wrestling” to be released on March 1st.

www.onlineworldofwrestling.com is your home for the best news coverage plus the OWW Genesis forum http://forums.onlineworldofwrestling.com/ The Gold Standard in Wrestling Forums and OWW Radio.
Online World of Wrestling is produced by Wild Talk Radio, www.wildtalkradio.com where you can sign up for the WTR Newsletter. Wild Talk Radio is the home to the following outstanding programs, all times are Eastern: