OWW Radio with Maria & The Masterpiece! 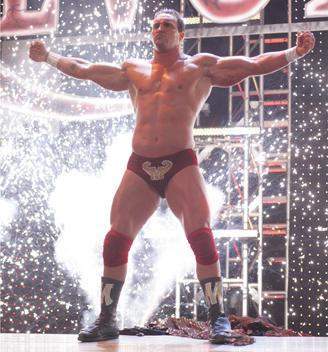 If you missed the Tuesday August 16th edition of the Online World of Wrestling Radio with host Alan Wojcik plus weekly contributors Mase & Spug, and contributor Phil Strum here are the highlights:

Phil Strum of the Poughkeepsie Journal joined the program to help break down Sunday’s Summerslam PPV that saw both major championships change hands. Our contributors chose who they felt should face Alberto Del Rio & Randy Orton at the September 18th Night of Champions PPV plus offered perspective on the return of Kevin Nash to Raw. Phil can be followed on Twitter @UnderTheRing & his blog can be read through http://blogs.poughkeepsiejournal.com/underthering/

Our first 100% free to the listener’s interview was with “the Emerald Emperor” Simon Sez who stopped by to talk about his fallen comrade Justin “Ryze” Honeycutt and the memorial show being held this Saturday in Sanford, FL. Log onto www.scwflorida.com for the super card that has come together to celebrate Justin’s life.

The show came back from commercial to discuss the UFC’s rumored to be signed deal to move programming to Fox Television and how it would affect Spike TV, the home of Impact Wrestling. The gentlemen were then joined by guest #2, the returning Maria Kanellis who fielded questions on her career in WWE, her time on Celebrity Apprentice and her visit to Nashville that begins Friday as part of a press conference held by Crossfire Entertainment LLC. Log onto www.crossfirellc.vze.com for all the information on that and “the Tribute to the Fairgrounds 3” event on Saturday.

During Maria’s conversation guest # 3 of the evening joined the show, “the Masterpiece” Chris Masters who spent the entire 10pm hour talking with our panel as well as fielding questions from our interactive live chatroom. Both Maria and Chris spoke on the “future endeavor” process one goes through with WWE. Chris spoke about how he was signed by WWE, the do’s and don’ts of the dark/tryout match experience, favorite arenas/cities to perform in front of, the WrestleMania experience,e getting stuck with Randy Orton on a highway with no gas and so much more. Chris has a new project he launching through YouTube called “Masterpiece Theatre” and he would love for you to enjoy it too, here’s the link http://youtu.be/3V0IdyO4tuk recapping Chris’ to WWE Fan Axcess Summerslam 2011.

To end the evening there was a recap of this past Thursday’s Impact Wrestling program plus rumors about the No Surrender PPV. Alan reminded fans that we’re scheduled to talk with former WWE superstar & Nexus member Michael Tarver on our August 23rd edition of Online World of Wrestling Radio.

Online World of Wrestling Radio is hosted by Alan Wojcik (http://alanwojcik.tripod.com  for credentials) with contributors from across the wrestling world and the most important people, listeners like you joining in the chat room and on the air!! No opinions are too outlandish (just try and stay on topic)  The show airs Tuesday nights 9pm until we run out of stuff to talk about on the Wild Talk Radio network. The links to listen live can be found at www.owwradio.com and www.wildtalkradio.com .
www.onlineworldofwrestling.com is your home for the best news coverage plus the OWW Genesis forum http://forums.onlineworldofwrestling.com/ The Gold Standard in Wrestling Forums and OWW Radio.
Online World of Wrestling is produced by Wild Talk Radio, www.wildtalkradio.com